Kropers » Articles » How do you change armor stand poses in Minecraft Java 1.15?

How do you change armor stand poses in Minecraft Java 1.15?

How do you change armor stand poses in Minecraft Java 1.15?

Well, changing the poses of these:

This means you first need to spawn one with u201carms.u201d Spawning an armor stand with arms with use the following command:

This will give you arms: 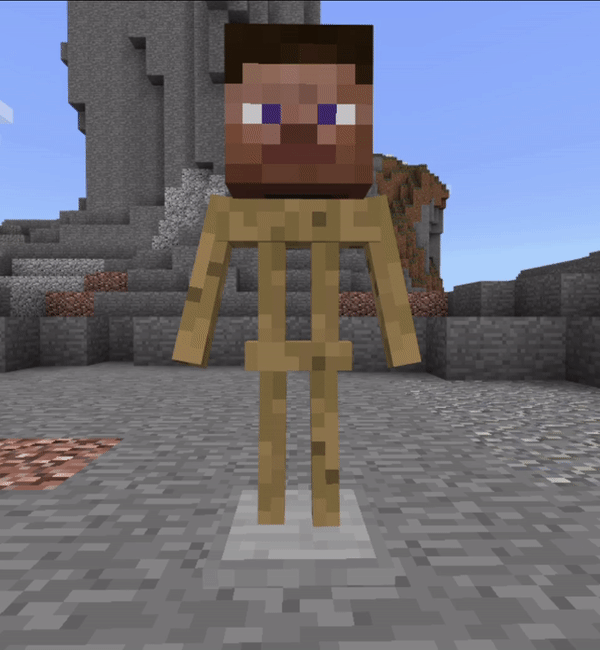 But how do you make poses with the armor stands?

In the Java Edition of the game, you have to input commands.

So what is the command(s)?

Well summoning one is very complicated. You need to know that each of the limbs is a separate object floating.

Changing each of the numbers before .0f can be changed to your desire to match. Itu2019s in the XYZ format.

If you want to the pose the arm?

You get the idea?

Here are the objects on the armor stand:

Using the format of the command:

It is best to fiddle around with the command to get a hang of the usage of the command.

Best of luck! If you have further questions feel free to post them on Quora, comment below, or message me!