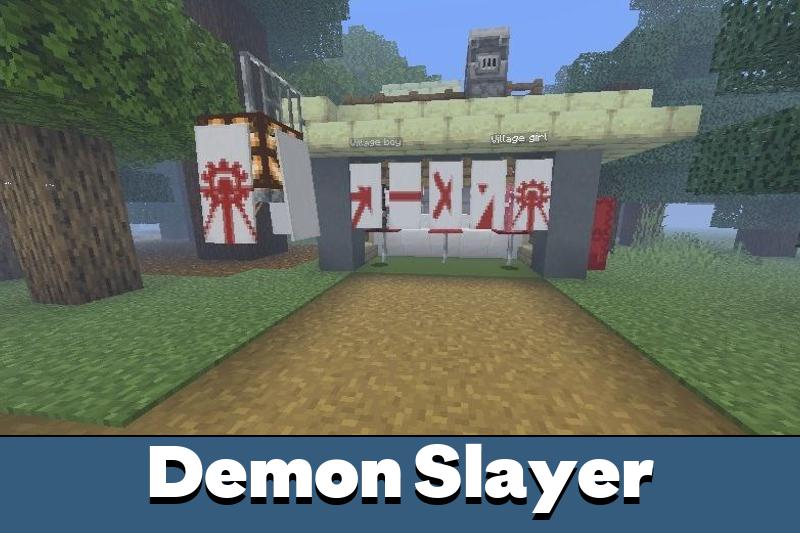 Download Demon Slayer Map for Minecraft PE: explore a mysterious territory, meet many characters, get new weapons, and use attacks with effects!

This map is for all Demon Slayer fans. Many Minecraft PE players have already tried using mods with this theme, and now there is a location where they can apply their skills.

On the territory of the Demon Slayer map, Minecraft PE users will notice a light fog everywhere, which worsens visibility but also gives mystery to these places.

There are several houses on the Demon Slayer map. Minecraft PE players should carefully study the area to visit all the buildings. Each of them has its inhabitants and mysterious rooms.

It is not so easy to find all the locations because of the fog that users can see everywhere.

Fans of the Demon Slayer theme can meet familiar characters on the map and additional mobs. For example, there was a murder in one of the houses, so two policemen stay at the entrance.

If Minecraft PE players go further, they can see the house where different characters live.

The plot of the map has not been finalized by the author yet, but he promises to do it in the near future.

The developer of the Demon Slayer map managed to build several houses in one place in the same style. Fans of this theme will definitely like the scenery created for Minecraft PE.

One of the houses is decorated with flags and posters in japanise style. There are also some furniture and items inside the buildings.

At the moment of spawn on the Demon Slayer map, the player is given several items. among them, for example, a sword with a damage of 22.

Also, the Minecraft PE player has access to new attacks and effects: speed, strength, and many others.

By the way, players can use different mods on the Demon Slayer theme with this map. 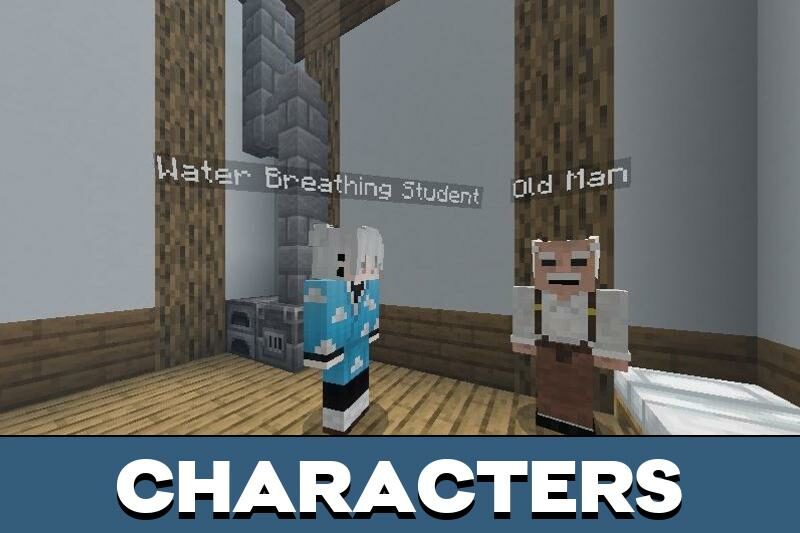 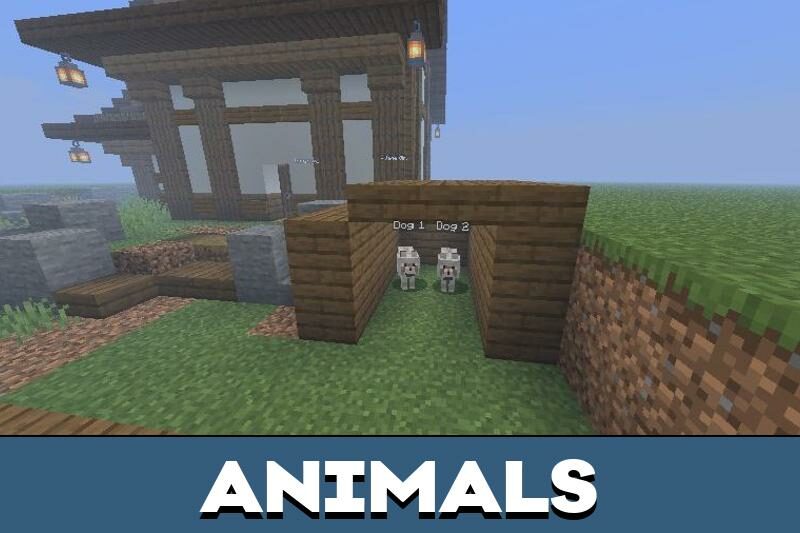 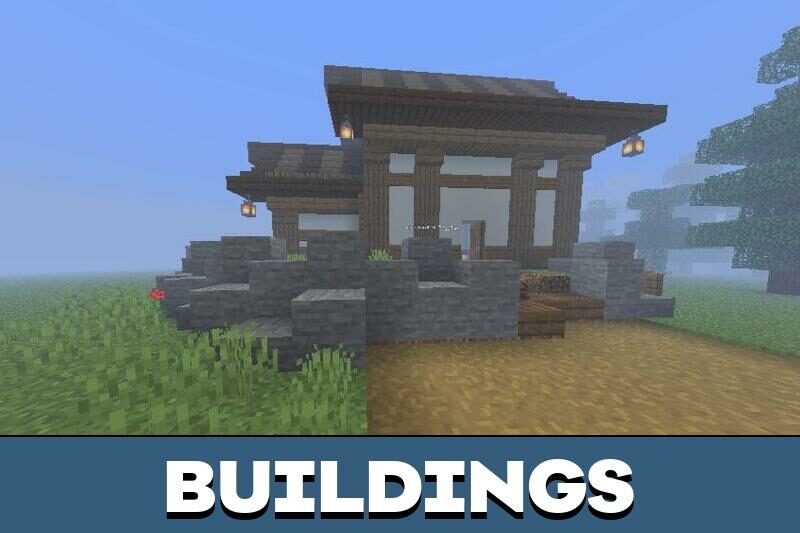 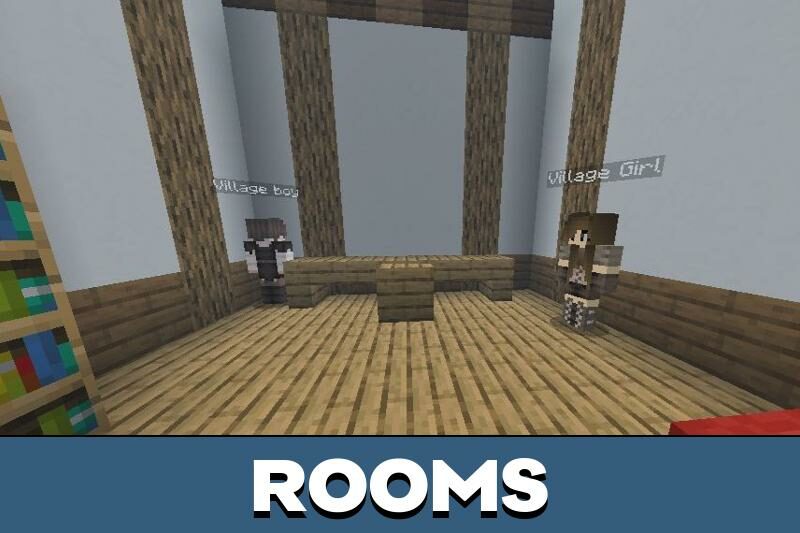