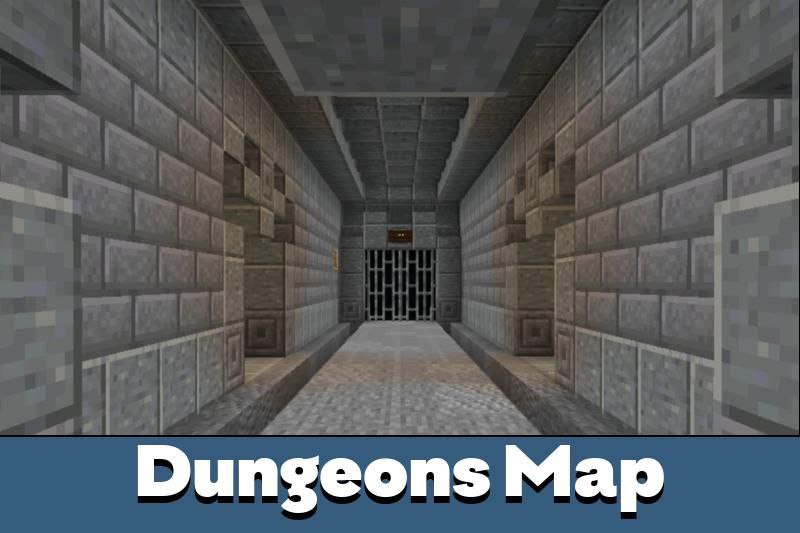 Download Dungeons Map for Minecraft PE: visit dangerous places, fight with the monsters, and escape from the dark location!

The Best Dungeons Maps for MCPE

There are a lot of different biomes in the Minecraft PE world. Players can explore new dungeons by downloading these maps.

Minecraft PE players can find several interesting locations on this map. Inside the dungeon, there are six large arenas for fighting monsters.

By the way, in these structures, you can see mechanisms from Redstone.

In these territories, you can arrange fights with friends: the map developer offers three players to fight in the battle at once.

Minecraft PE players can choose a class after spawning on the dungeon map. For example, you can become an archer, whose feature is a large attack radius, but weak armor.

There are other options that differ from each other in armor and the level of protection and damage inflicted.

In this part of the dungeon map, you can buy the items you need to fight. To pay for the goods, you will need loot, which Minecraft PE players extract from killed monsters.

To start the battle, you need to press the button on the green block. Each level of the dungeon map has five waves of monster attacks. After the Minecraft player kills the first opponent, you can press the button again.

The /spawnpoint command will create a spawn point, in case the player suddenly dies.

After passing through all the arenas, the boss is waiting for the MCPE user at the very top of the tower.

The Secrets of Dungeons

Here Minecraft PE players will know all about a dangerous crystal that can destroy the universe. The goal is to save the village and find hidden items in the dark dungeons.

The map has a mystery plot and players have the ability to interact with villagers.

This location will be a real challenge for Minecraft PE. They should escape from the dangerous dungeon which has six levels. Each level has a task and materials which players can get. 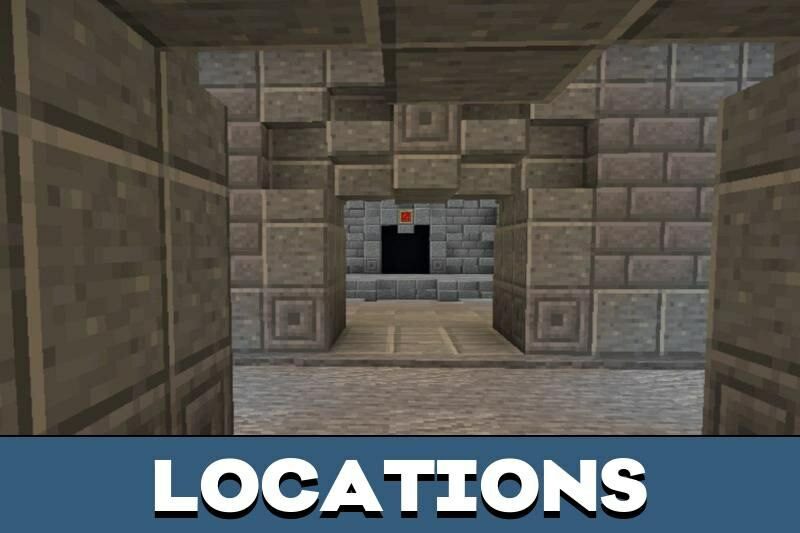 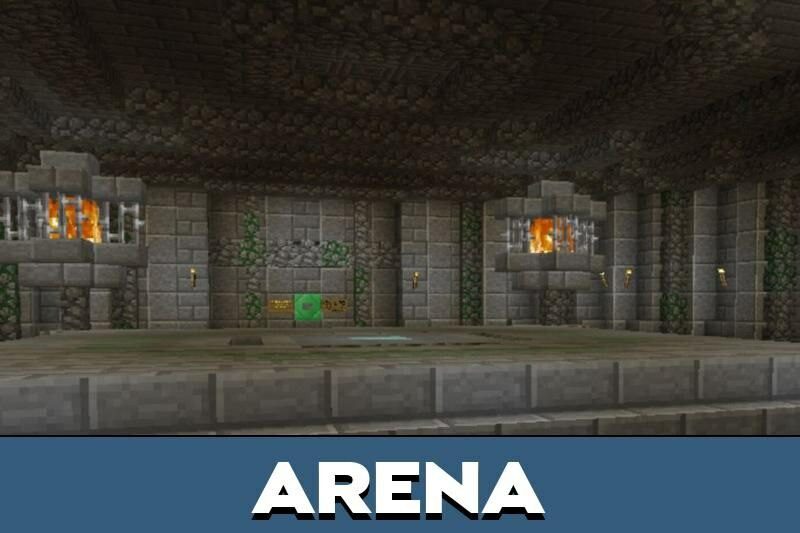 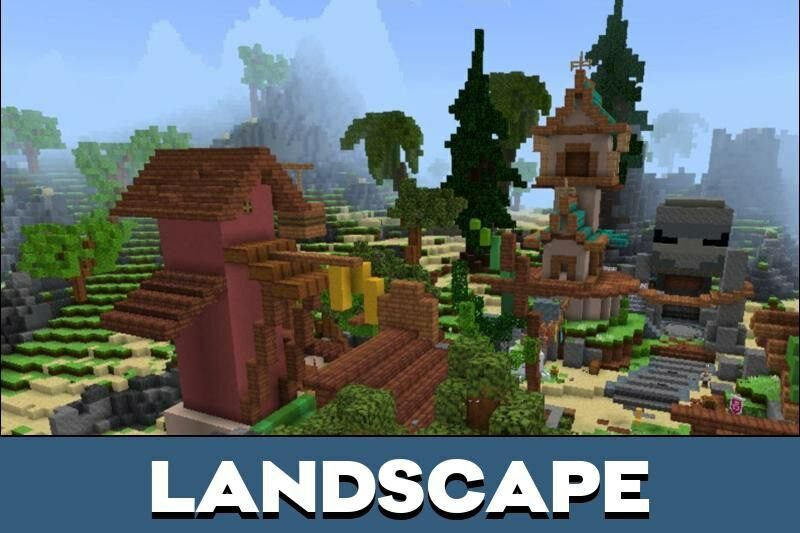 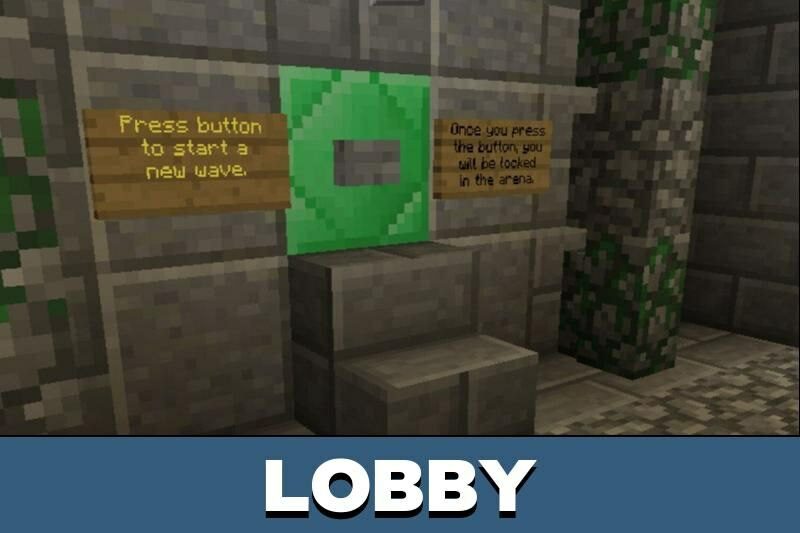 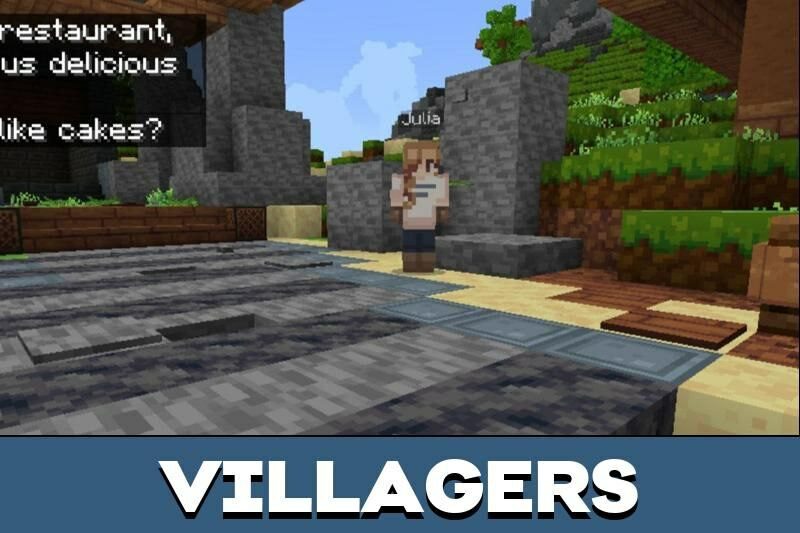