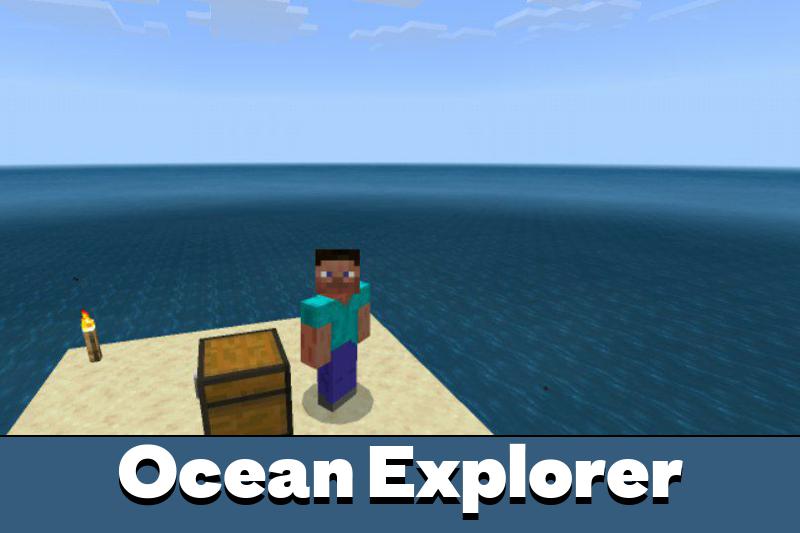 What is interesting in Ocean Explorer Map?

Especially for those players who want to try something more difficult than survival on land, the authors have created the Ocean Explorer Map. All the main actions, such as the search for food, and resources, and the fight against opponents will take place underwater.

It is worth noting that there are no fewer dangers, as well as various opportunities than on land. Minecraft Bedrock players will have to fight for their lives every minute.

But it will happen in very picturesque underwater biomes. This is a great chance to test your strength and try something new.

In this update for Ocean Explorer Map, the authors suggest that players find themselves on one of four islands, survival on which will be a really difficult test. This is similar to the famous Skyblock, only now there is not an endless sky around the players, but a real ocean.

Under the water, Minecraft PE heroes are waiting for a lot of interesting discoveries and treasures. Of course, they will also encounter dangers in the form of various aggressive mobs, which have now become even angrier.

The most difficult task will be being on a lava island. The fact is that the destruction of at least one block in this territory will lead to the fact that lava will immediately begin to erupt on the player.

Another option for survival on the high seas will be given to Minecraft PE players who download this add-on for Ocean Explorer Map. Underwater depths are fraught with many mysteries. As well as opportunities using which players will be able to get to more livable places.

The authors helped the players a little at the initial stage of survival and placed a chest in the spawning site. It has the necessary resources that will come in handy at the beginning of survival. 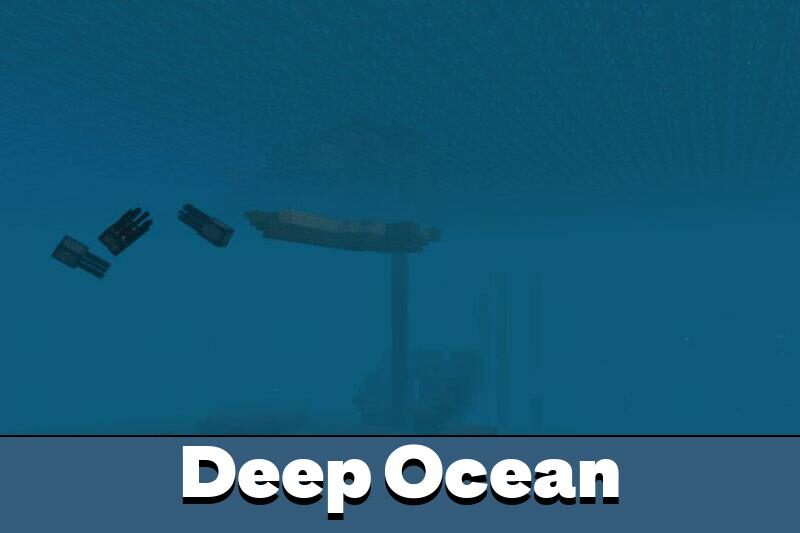 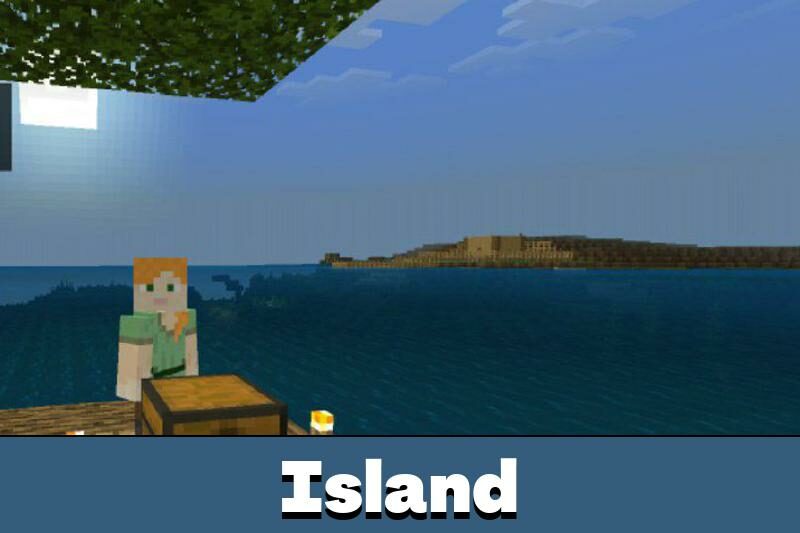 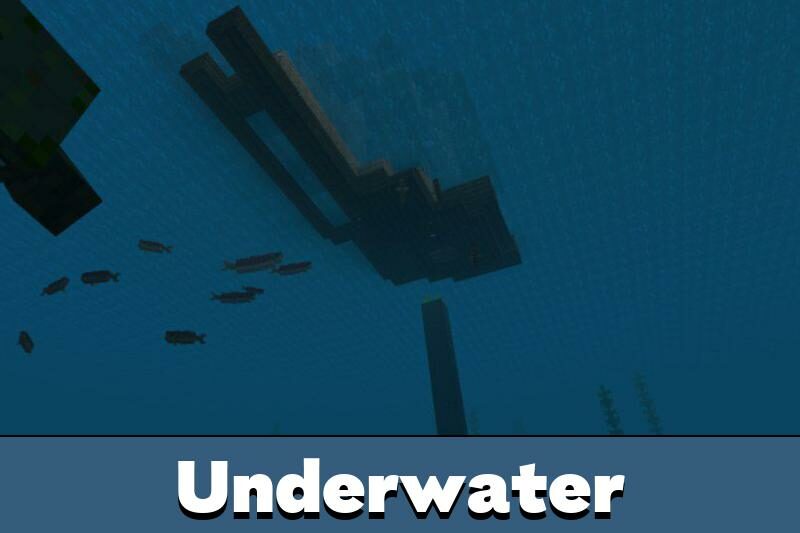 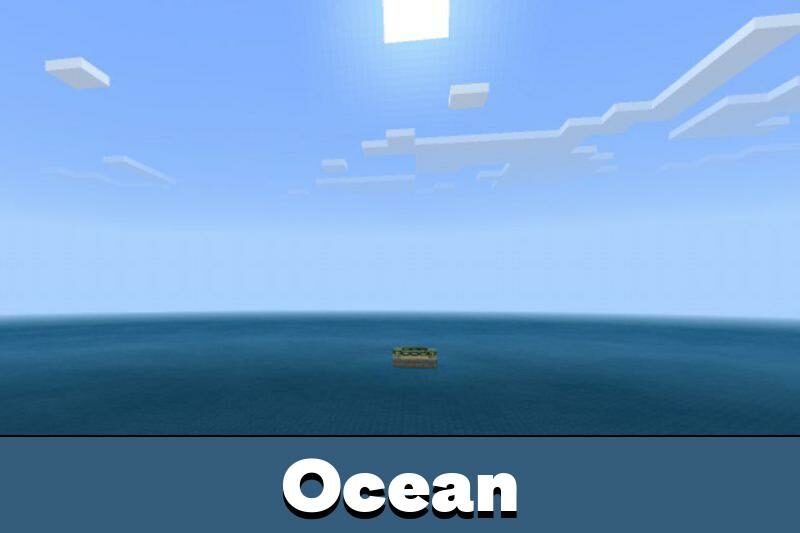