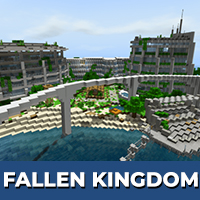 Download Fallen Kingdom Map for Minecraft PE:  get into the world where dinosaurs once lived.

The Fallen Kingdom Maps are based on the famous ancient times of knights and dinosaurs. A Minecraft PE player can take a walk along the Jurassic Park or to get into the medieval castle to explore its terrain and architecture, and of course, try to survive.

A Minecraft PE player can start traveling from the central street, where the main attractions that attracted crowds of tourists at the time when the park was still working are located.

The author of the Fallen Kingdom Map paid great attention to the detailed study of the structures of the park: here Steve can find a huge gate of the park impressive in its scale.

There is a mountain in the very center of the park. But in fact, this is not an ordinary mountain, but the Sibo volcano, which can wake up at any minute. Islam Lar – the island on which Jurassic Park is located in a volcanic island.

The only thing is that there are no inhabitants on the island at all. But this problem can be easily solved by downloading mods for dinosaurs.

Painstaking work on the Fallen Kingdom Map allowed the authors to recreate the island on a one-to-one scale. An experienced Minecraft PE player will immediately notice the high quality of the animation. All this is thanks to the good graphics of the image.

Abandoned castle ruins for Minecraft PE were originally made in the medieval style. It looks like the building has survived an explosion or a major fire. The building has 4 towers. There is a dried-up well in the center. There are several trees around.

This Fallen Kingdom Map a great variant of survival maps in the game. It is also well suited for decorating the ordinary game world. The castle can serve as a great place to hide from the bad weather and dangerous enemies. 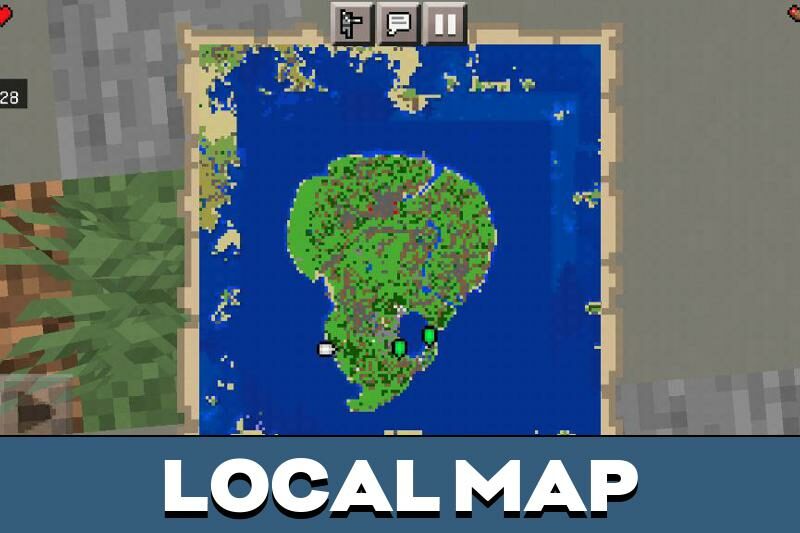 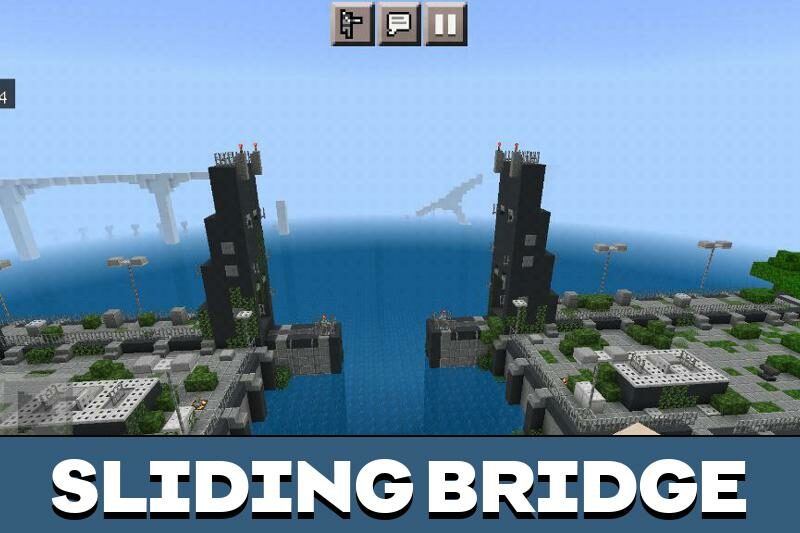 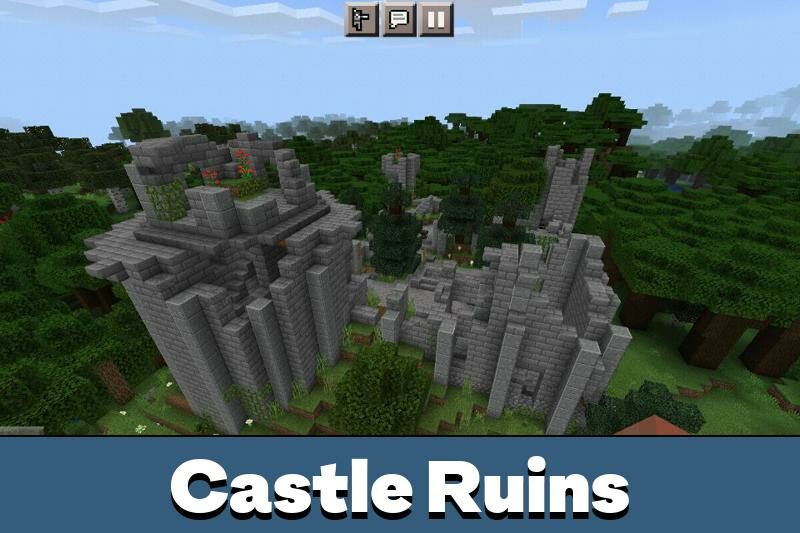 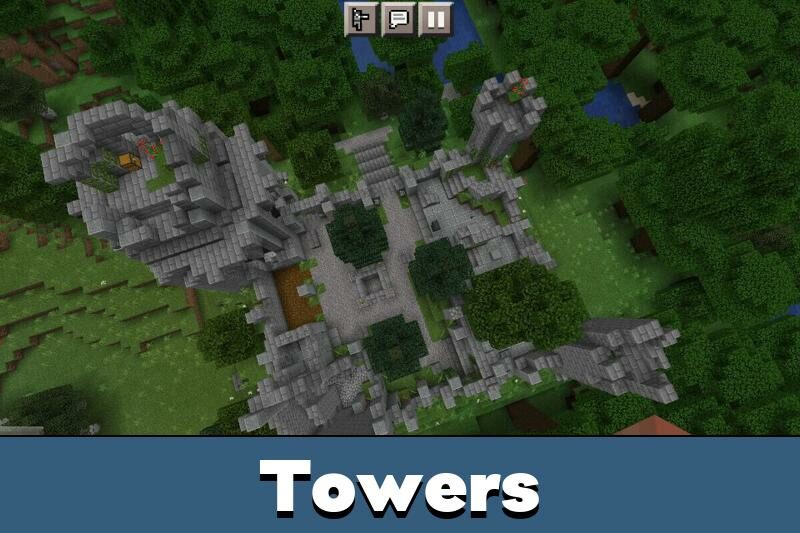