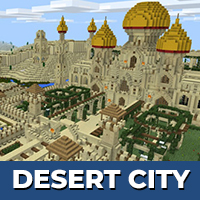 In Desert City Map, the author suggests going on a trip to an Arabian city. There is nothing but a desert among the lifeless nature around. The Minecraft PE map is harmonious: there is no abrupt transition of the urban landscape into the desert.

The main attraction of the city can rightfully be considered a mosque. The building is located in the very center of the city and stands out among the urban landscape with its grandeur.

The city itself stands on a small river that runs through the center and divides the city into two parts. Thanks to the blue water, residents of the town can fish and cultivate the land.

The Desert City Map landscapes are thought out to the smallest detail. The Minecraft PE blocked world allows a player to create beautiful mountains with angular slopes and beautiful tree crowns.

Among the bright colors, blue water and green rare trees stand out.The evening city is no less beautiful. lighting gives a mysterious atmosphere to a city tired of the daily hustle and bustle.

An interesting Minecraft PE adventure world offers the player to plunge into a small desert city. The Desert City Map will be a great place where players can gather in a friendly company to spend a great time. They will certainly go on interesting adventures to unravel the various secrets that this silent city conceals.

The main building material of the city is Sandstone. The buildings are stylized for modernity. The author used many bright decorative elements: an area of green and yellow paving stones, purple roofs of not high towers.

In the central part stands a large statue of the Pharaoh, which reminds us of those times. It should be very carefully examined all the secret places of the city. Perhaps the treasure of the ancient king Tutankhamun is hidden somewhere.

The Patapole Desert City map is perfect for a multiplayer game. Players can arrange PVP battles as well as invent and complete various quests.
If a Minecraft PE user prefers a single game, then he can just wander through the dark streets on a warm summer evening and be alone with himself. 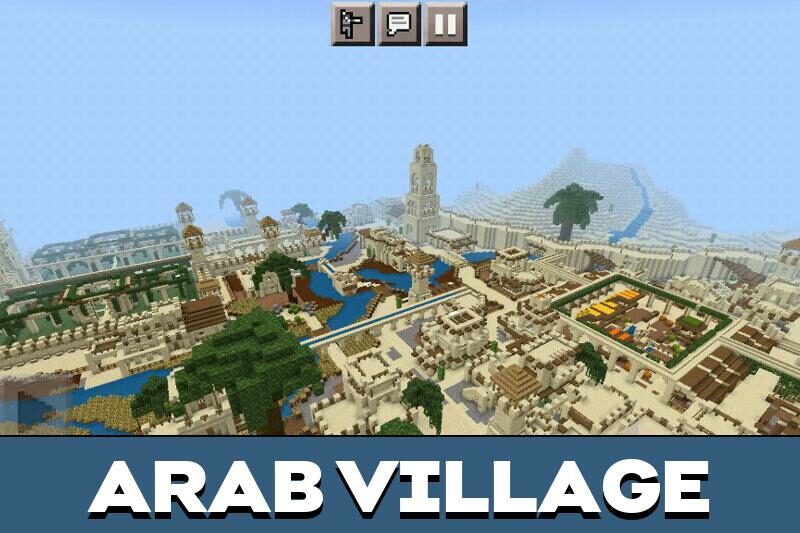 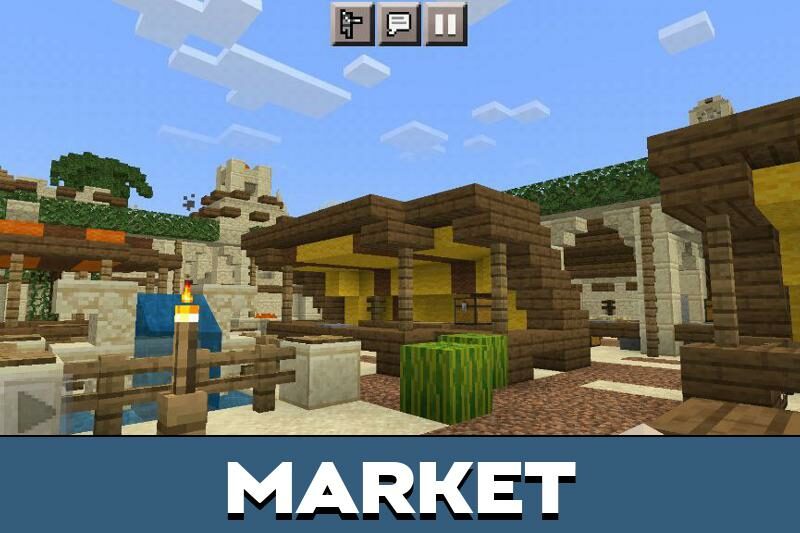 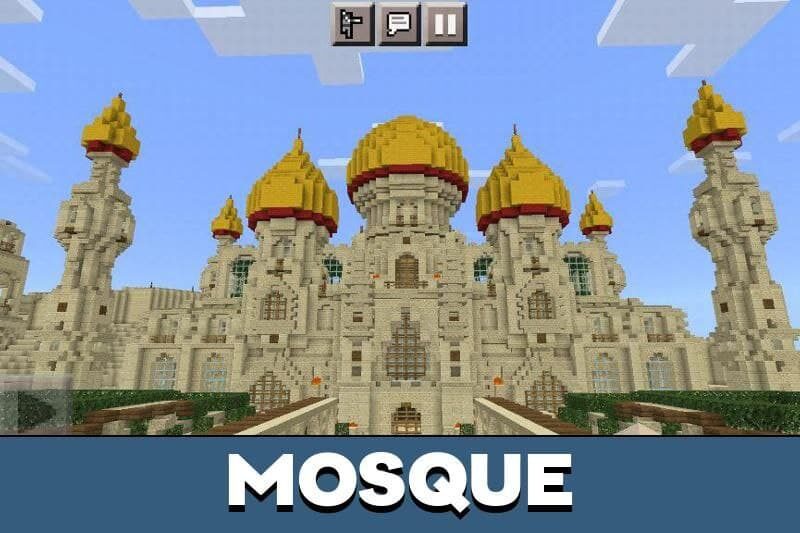 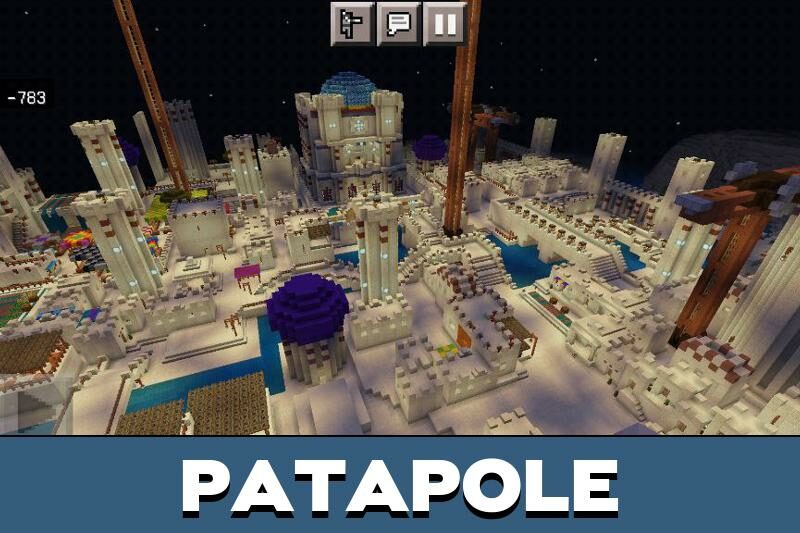 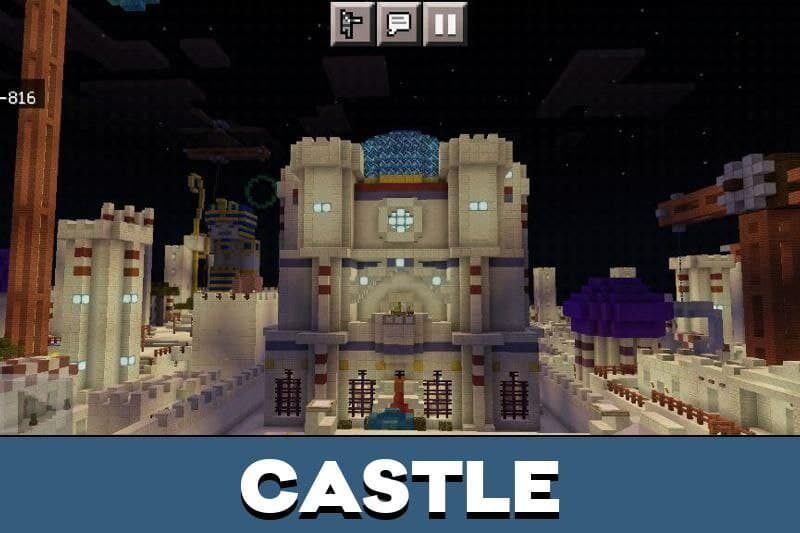