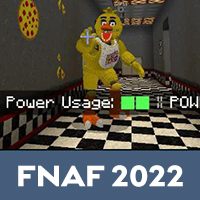 The developers of horror maps do not stop and continue to add monsters from popular horror games to the blocky world of the Minecraft PE universe. The FNAF 2022 Edition Map invites users to the world of this terrible monster and visit his pizzeria.

In the updated version, the task has not changed. The player still needs to survive until 6 am in a gloomy pizzeria where he is cut by dangers and terrible jobs at every step. Animatronics are evil robots that it is better not to meet.

The characters of the FNAF 2022 Edition Map remained the same: Chick, Bonnie, Foxy, and Freddy. The fastest animatronic is Foxy. The leader of all monsters is Freddy Bear, who is hiding waiting for a Minecraft PE player in his pizzeria.

Foxy is a very unpredictable monster. If you let him out of sight for a while, he will start moving. These movements are chaotic.

The central part of the FNAF 2022 Edition Map is the party room. This is an ideal place for an observation post because it is the most viewed.

If a Minecraft PE user looks closely at the camera, he can see how animatronics will leave one and enter another room.

There is an electricity generator in the backroom. If suddenly the lights are turned off in the pizzeria, the Minecraft PE player must go to the backroom, find a generator and adjust the light.

The generator allows to reduce energy consumption throughout the building. However, you need to be careful: this room is the most extreme of the FNAF 2022 Edition Map, which means Steve can easily fall into a trap because there will be nowhere to escape from it.

In the office, the Minecraft PE player will spend most of the game time. Here the devices that consume the largest amount of electricity are located.

When the power level drops to zero, it will be necessary to get to the backroom and restart the generator.

Turning off the light will not affect the activity of animatronics in any way. They will hunt for the player even if there is no electricity in the FNAF 2022 Edition Map. 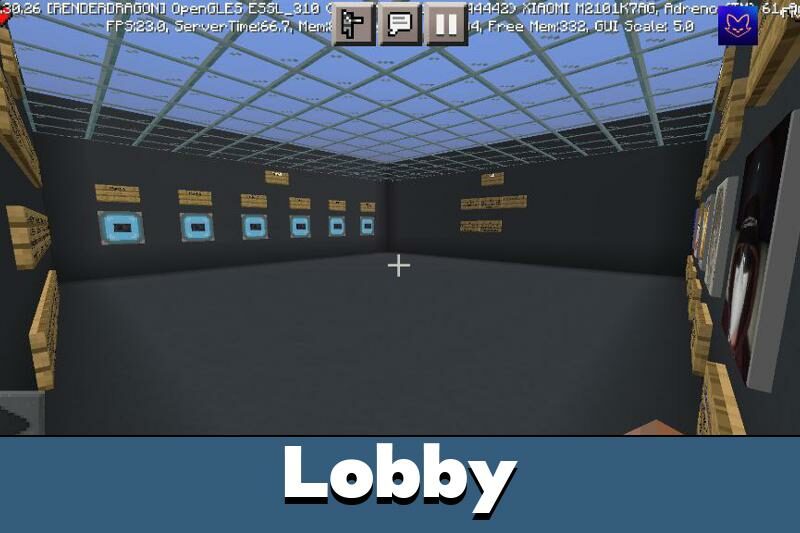 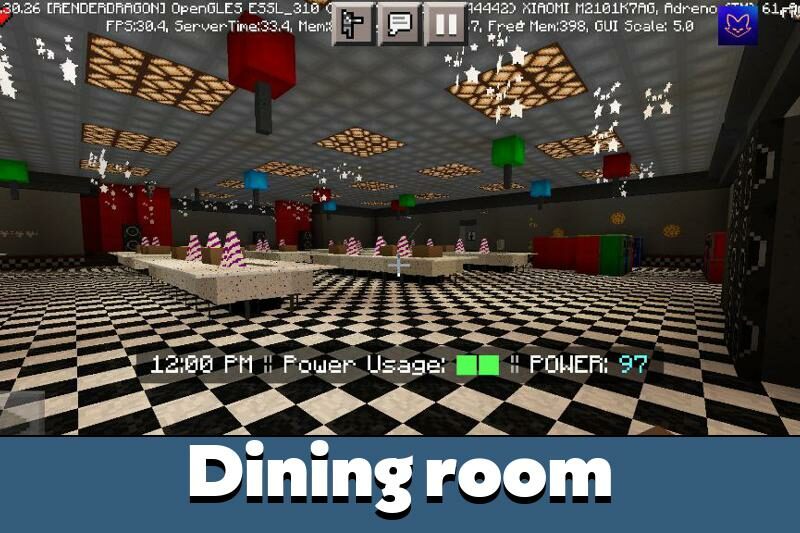 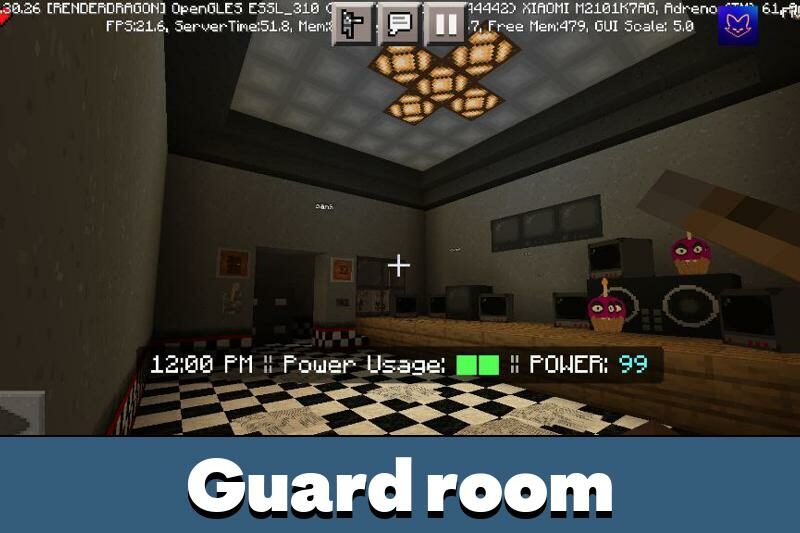 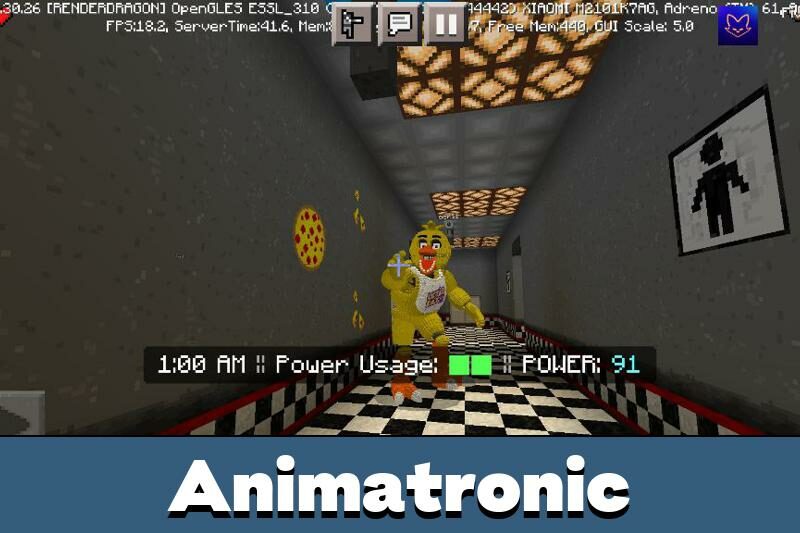 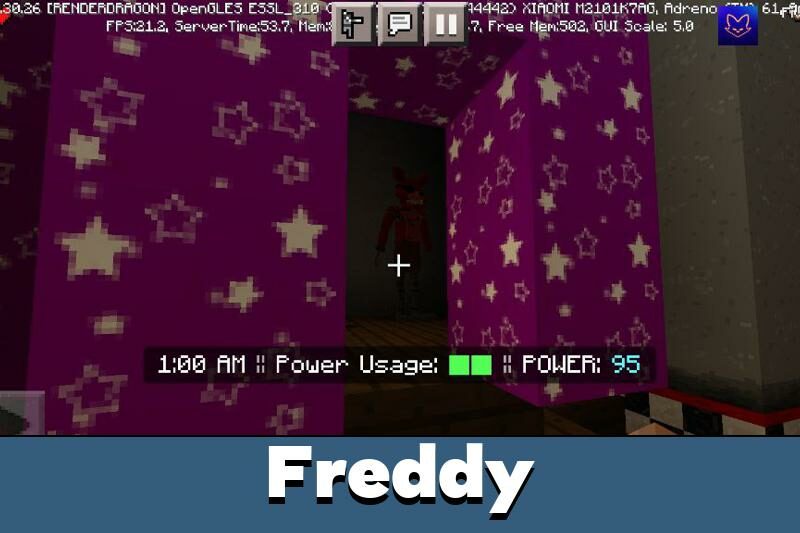