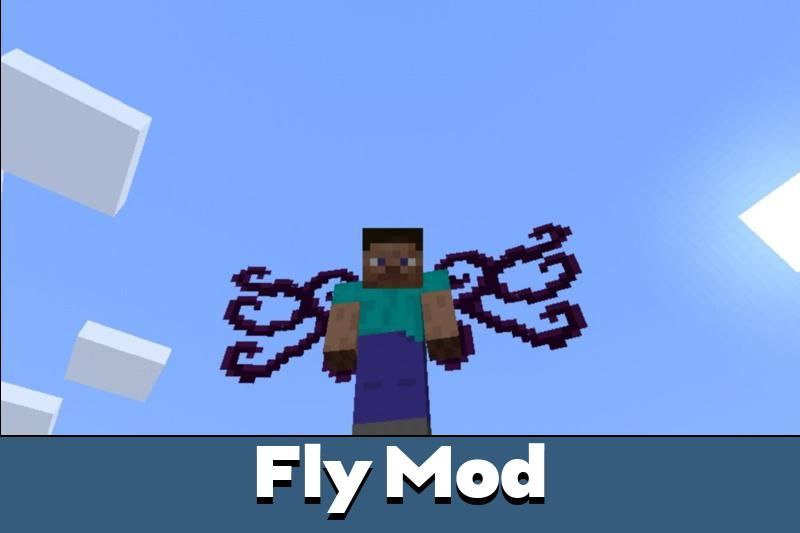 Download Fly Mod for Minecraft PE: use different models of wings, try magic boots, choose your own air transport, and go to the sky!

What does Fly Mod add to MCPE?

The fly mod will allow Minecraft PE players to travel and explore the world not on earth but also in the sky. Developers offer to add some details to the armor and use convenient transportation. It is an opportunity to see the game world from the sky.

Minecraft PE users can get a military aircraft in the game with this mod. They can not just fly quickly around the world but also use transport in battles.

The plane has an attack function: you can shoot enemies during flights. Finding this transport is simple: an airplane replaces a chicken in the game world.

Users should pick up the key and come closer To get into the cab. The button will appear next to the object to get on board.

Players often use PE elytra to fly in Minecraft PE. The author of this mod has figured out how to replace this item. There are six types of wings for flight. Each model has a unique design and animation. Flight control is simple: the player should look to the side he wants to fly.

In survival mode, players should look for wings in fortresses, desert pyramids, and jungles. You can easily find items in your inventory in the Creative mode.

MCPE players also must activate the experimental mode before using the mod.

Minecraft PE players can not only fly and explore the world from a height but also ensure a safe fall with minimum damage. Flight boots from this mod have several models. Each is worth trying on and learning about its unique features.

Diamond boots can be crafted from two golden feathers and diamond shoes. Players can find these items in the desert pyramids.

Netherite boots give even more advantages: high jumps and fall mitigation. You can find these magical shoes in the Bastion Remnant of Minecraft PE.

The fly mod adds a golden feather that can be bought from a Wandering Trader or crafted from eight blocks of gold. 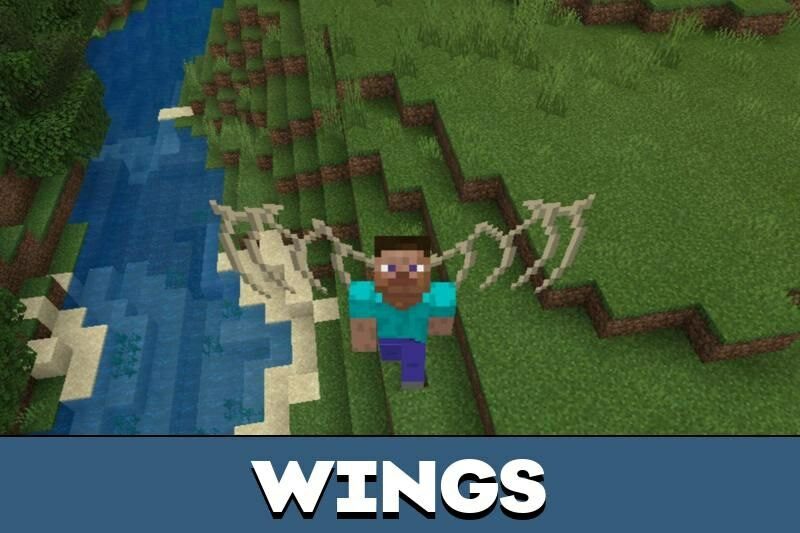 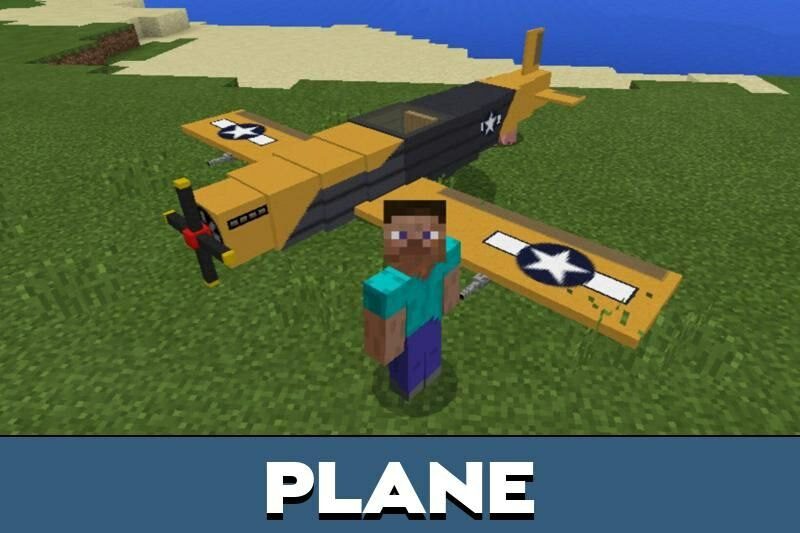 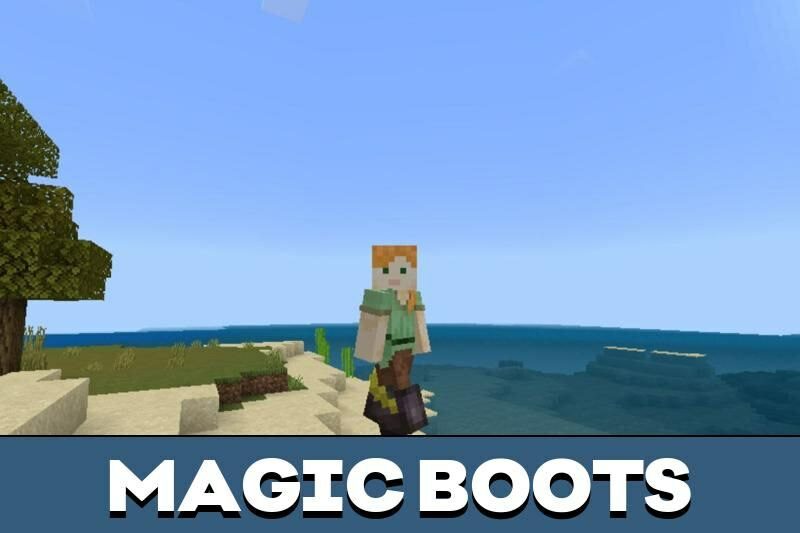 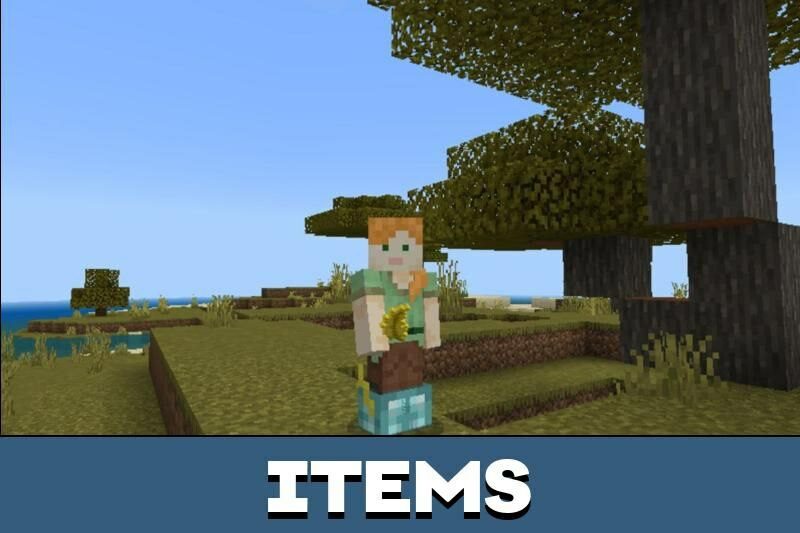 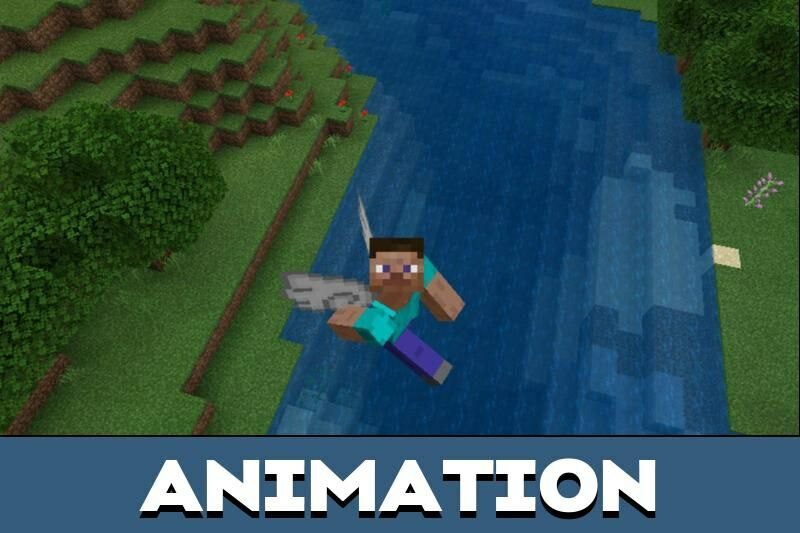