Download Wind Mod for Minecraft PE: meet a new mob that has unique abilities and can even lift other creatures into the air.

What is new in Wind Mod?

This addition will introduce Minecraft PE players to a new very powerful mob. He will look like a shaman, and in his hands, he holds a staff. This creature in Wind Mod can summon the forces of nature to make attacks on an opponent.

It can be either the creation of a tornado or the summoning of ghosts. It is worth noting that if the player manages to kill this creature, then he will receive a magic book as a reward. With its help, the art of levitation will be available to the heroes.

They will be able to lift the surrounding mobs into the air.

The creature that appears in Minecraft PE thanks to Wind Mod looks very similar to ordinary robbers. Except for some attributes that give his appearance a more mystical appearance.

This mob lives in Extreme hills and has a healthy reserve of 30 units. The Lord of the Winds has two types of attacks in his arsenal. Firstly, it can create a real tornado. He can control the weather, starting with a small breeze and ending with a real hurricane. Thus, he throws opponents high into the air.

By the way, he can make other animals and the hero himself rise into the air. This makes him a pretty strong opponent, which the player will still have to cope with to get the reward.

The authors of Wind Mod also allow players to try out magical abilities themselves. To do this, first of all, it is necessary to defeat the lord of the elements. As a drop, the hero will receive a unique artifact.

This is a book with spells that hardly anyone can read, when the hero flips through it, he can feel a slight breeze. Minecraft PE players can use it to raise mobs to a height. This will make users feel like a real wizards and touch the world of magic a little. 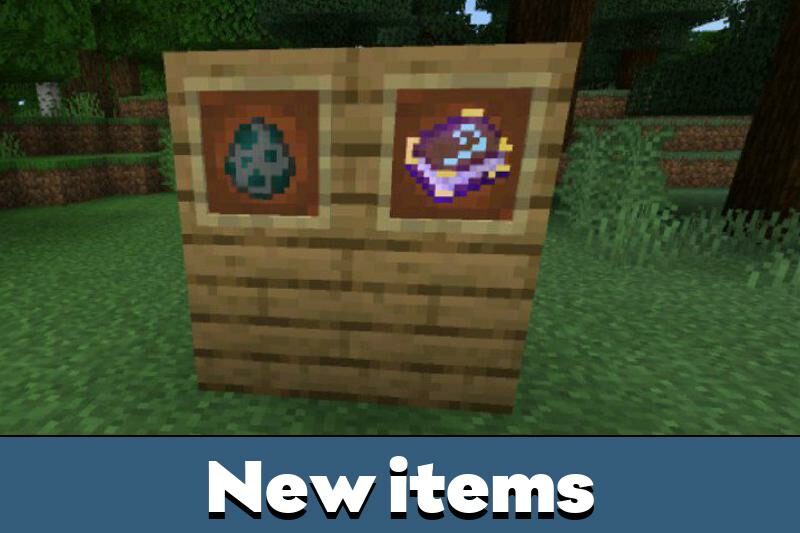 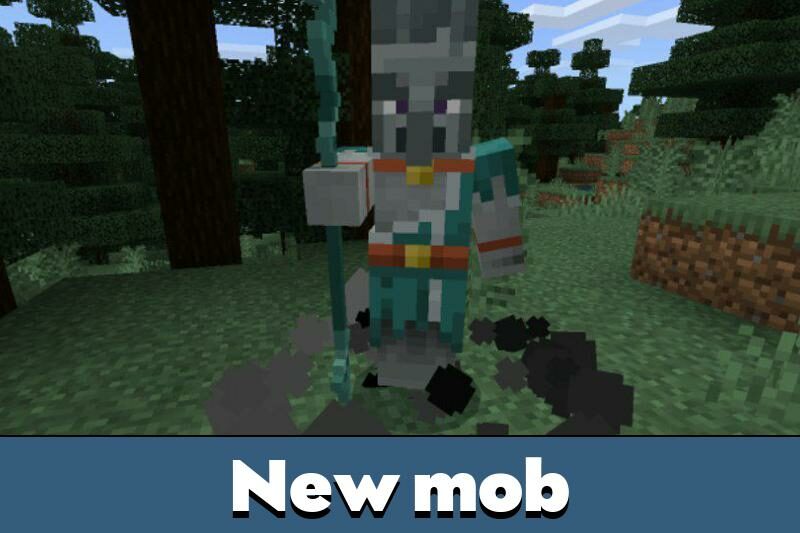 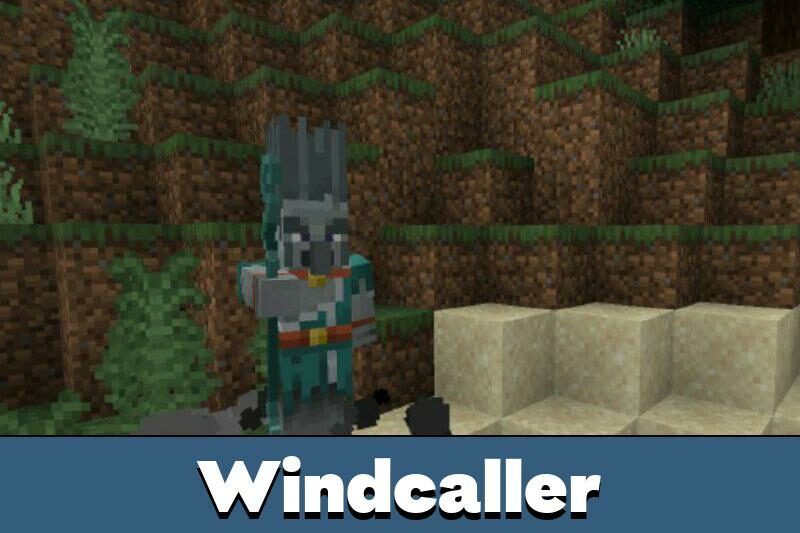 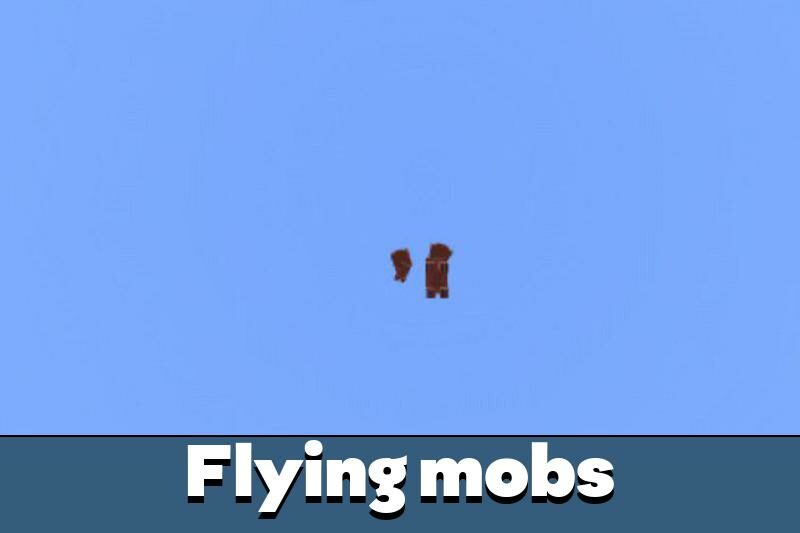 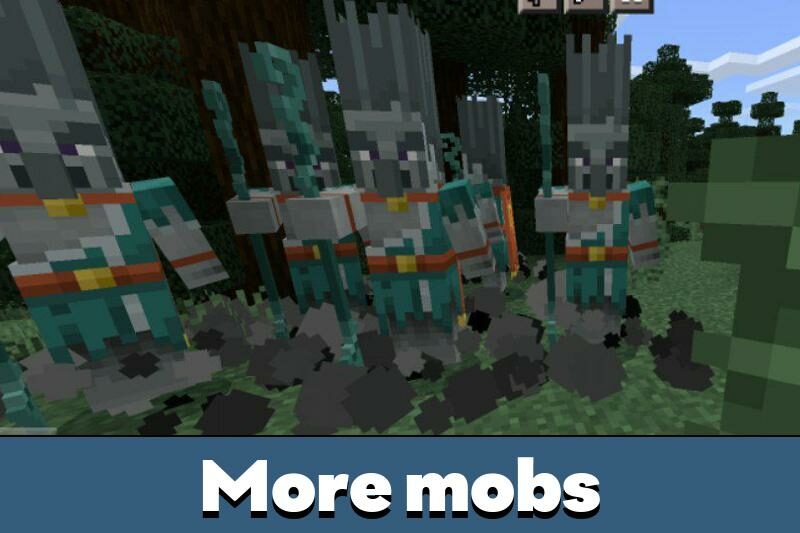