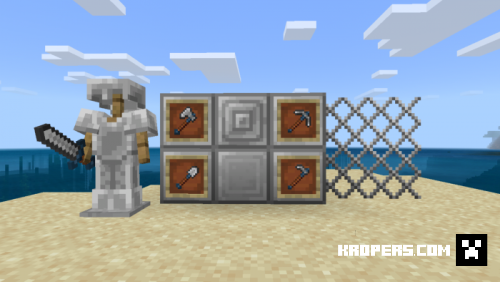 markus
20:50, 05 July 2021
40
0
Steel is an alloy made up of iron and carbon, and can sometimes have other elements added. This add-on adds the steel tier to Minecraft, which somewhere between iron and diamond tier.
This addon brings the following:

Each piece provides protection that is either equivalent to iron or diamond. (Having protection values in decimals may cause issues.)
Its durability is between iron and diamond armors.
Crafting recipe is identical to vanilla armor recipes.

Coke and Iron
Smelting it in a blast furnace will produce a steel ingot.
Steel Nugget
Its uses are the same as iron and gold nuggets.