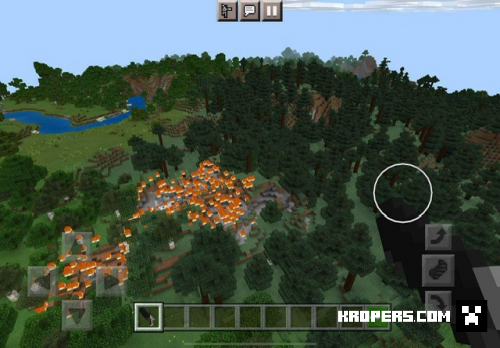 markus
18:46, 29 June 2021
57
0
Are you having tired in killing too much horde of monsters in your Minecraft world? Then this addon is for you! I bring you the “TNT Weapons”. These weapons can be crafted out with TNT and some other items. With this you can make things easier in your world.

So these are the 5 types of TNT Weapons were going to talk about. They can be all crafted out with TNT.
But first, let’s start with the TNT Gun
So this is what the gun looks like

To craft the weapon, you need the following items:

Next is the TNT Rocket launcher

Yep, I know some of you are waiting for this TNT Weapon to come. Now it‘s finally here!

Since the weapon is very powerful, most you need to get in crafting it is Netherite:

Next is the Dynamite
Yes! The Dynamite is finally here! Although it’s kinda bad for the environment though.
Anyways:

Here are the things you need to craft it, it’s kinda simple though:

Next is the TNT Cake
All of you might expect that this TNT item can explode, but it doesn’t.
Instead, it gives you very good effects that will last for about 2 minutes. The effects are strength, jump boost, fire resistance, regeneration and more!

These are the items you need to craft it:

Now last but not the least, is the SUPER TNT!
It is the most powerful weapon in the addon, sadly you can’t craft it in survival since it’s too powerful. But you can get it in creative mode.
When you ignite it, it gives a very big KA-BOOM!
Also be careful in using it, don’t explode too much it might lag your entire world.

You can get all the items in the inventory or by using these commands: