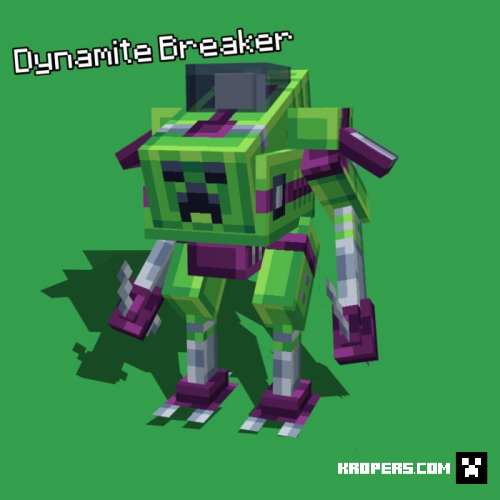 markus
19:34, 26 December 2021
196
0
Feel bored in minecraft? Try this addon that add some fun mech to ride. From tiny ocean explorer to big pillager ride, you can try it in this new addon

First of all mech is Dynamite Breaker. It the most standard of all mech but it has a feature that make-up for it lack of special feature
It healable using gunpowder, making it suitable for battle arena.
Secondly I have Coral Buster, which is specialised for underwater diving, making it easier for new aquifer in 1.18
It come with new type of gun, called Pufferfish Cannon.
Thirdly, I have the Power Jumper, which resembles rabbit in it ability. It can jump very high and the most agile out of all mech.
Unfortunately, It has a very low health compared to other mech.
Last but not least, is the behemoth Ravaging Machinery. It is controlled by an illager. If you manage to kill the pilot, you can try riding this great mech
It also has highest health out of all mech and has two seat