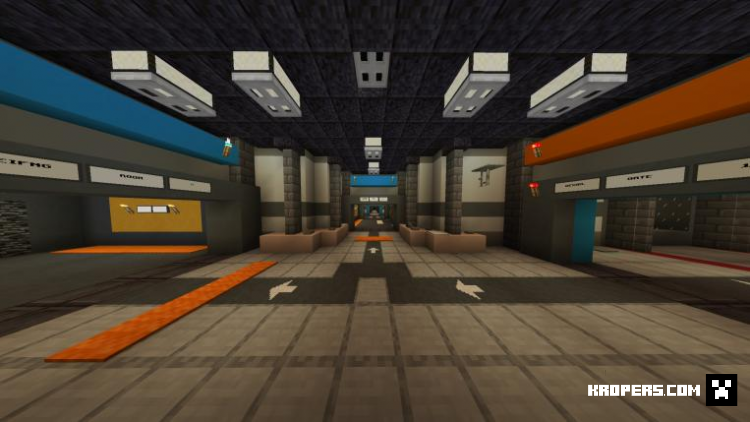 markus
19:20, 21 December 2021
108
0
Welcome to SCP Site - 42 - D, this is the 4th SCP Site that I have created, although it is only the 2nd one I have uploaded to MCPEDL, with the previous on being SCP Site - 42 - C. This SCP Site has made massive progress since the old site and has much more detail, and is no longer vanilla since I have incorporated addons. This map was made around 6 months ago from the time of posting, since then my skills have improved significantly so this doesn't represent my current skill level. The reason I am uploading this to MCPEDL is because it is an old project that I am now longer using anymore, and it would be good to release it for the public for all to experience.

There are so many different features in the map that could be mentioned by would make this page to long, so I am going to detail the most important ones that may not be understood straight away. This map also assumes you have prior knowledge about SCP so do not expect a tutorial or such.

Briefing Room:
The briefing room is near to the Researcher and D-Class spawn. The doors all shut so it can be used for roleplay and briefing before tests.

Vents:
In the LCZ (Light Containment Zone), there is a network of vents that can be accessed with an Engineer Keycard

SCP-914
Alongside the many, many other SCPs in the map. SCP-914 is the main one. It can upgrade and downgrade almost every item in the game from keycards to weapons, scps and consumables. The notable things that dont work in SCP-914 are player, entities, food, and arrows with effects. Everything else should work. To access the SCP-914 room, you need a Janitor, Scientist, or Security Keycard

Elevators:
There are many elevators in this map. Some will require a Zone Manager Card, the ones to the Surface require a Gate Access Card, and the EZ-LCZ elevator is for players who are O5. Each Elevator shaft has an elevator for going up, and one for going down. There are elevators between all 4 zones.

Nuke (Alpha-Warhead):
The Nuke in this game will kill everyone in the LCZ, HCZ, and EZ. The Surface Zone is safe. The Nuke can be found in HCZ and the launch code is: 4268 (And its a good idea not to tell anyone in your lobby). O5 can also launch the nuke from the LCZ O5 Control Room.

Blast Shelters:
These are where you'll need to hide if a nuke is launched. There is one in LCZ near the Briefing Room, one in HCZ, and one in the O5 Spawn Room in EZ. There are three more, but aren't accessible in the public version of this map (As the Department Director rooms aren't accessible without the tags needed)

Generators:
The generators can be turned of by placing any item in the hopper to jam them. This will give everyone blindness for 1 minute. There are two generators, one in HCZ, one in EZ. Generators can also be controlled in the O5 Control Rooms.

Tesla Gates:
There are 5 Tesla gates in HCZ, and will activate when you come in range of them. You will need to time it right to cross without being electrocuted. Engineers or O5-Council Members can disable Tesla Gates

Surface Zone:
This is where alot of roles will spawn such as MTF Epsilon-11 and Chaos Insurgency. D-Class can also escape through Exit-A and Exit-B will make them Chaos Insurgency or Serpeant's Hand respectivly.