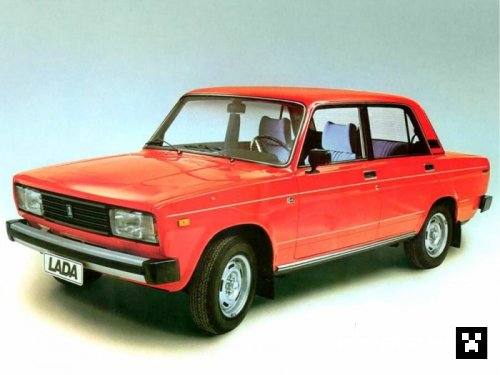 markus
18:54, 19 December 2021
149
0
The car that every Russian car enthusiast knows, the VAZ 2105 is a legend of the USSR, now there is also in Minecraft Bedrock edition . Car has several colors and also animations:

Car history
"VAZ-2105 "Zhiguli" (LADA 2105) is a Soviet and Russian rear-wheel drive car of the III group of small class with a sedan type body. It was developed and mass-produced at the Volga Automobile Plant.The first pilot batches were assembled in October 1979, full-scale production was launched in January 1980 and lasted until December 30, 2010. The longest-produced [...]"

Now about the addon itself
There are six cars in this addon (six because there are six colors:/). Each car has good detail and at the same time they do not lagging behind at all.
Green colour
Red colour
Purple colour
Coffee colour
white colour
blue colour
interior detailing
The doors of the car open, smoke comes from the exhaust pipe, the steering wheel also turns.

1. Click on the downloaded file in Explorer
2. Choose minecraft in the window that appears
3. Wait for Minecraft to import the addon files
4. Ready to enjoy :))))