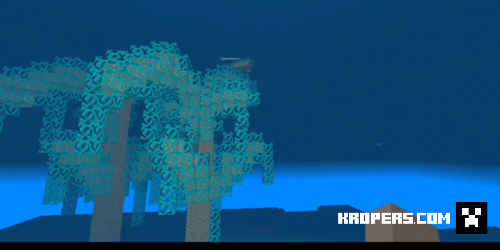 markus
12:50, 05 December 2021
105
0
note what you fixed: Fixed two resets, the one for the stone night and the one for the dragon war invocation, it was fixed that the tridun war did not give their drops
Sword evolution is a mods that adds 6 new swords, each with a special attack and 3 evolutions!All these swords can be crafted in survival through two new crafting tables!
and two new biomes!

In this new version several things are coming as well as improvements! These improvements would be like new animations for mobs like the nirclif, nigert, dornit, these have improvements in their animation.
This new version also brings us the new swar beast biome, with its mineral entity structures.
Structures
Tree water
Dungeon war
House water
Dragón war cave
House dophiwa
Mob
Urchin

A new entity for the night extreme biome and new structure
In this new structure it is where the Snows will appear the new entity of the night extreme biome
Nives Bodega night
Nives are friendly and until you can tame them and they will follow you and attack any mob you hit, But if you hit just one Nives they will all attack you until you do anything, in the cellar where they are kept and some buckets with rewards but you have to search among all
Children dance when they kill a monster
New wurion armor
All the blocks added by the biome

biome called night extreme was added, it is the first biome added flatn In the following versions a few more biomes will be added and each one with its own structures, animals, monsters, blocks, the new dark biome will continue to be updated little by little Come more versions, that's the whole notice,
NIGHT EXTREME
this is the dark biome, it is recommended to be a little protected since the biome is very dangerous, since monsters can appear even during the day,
New item and armor, block
This biome adds some new items and entities, add these items, stick night, nightryum, Dark apple,
entities,
Dorni,
nirclif,
nigert,
sheep night,
Structures,
variant dark tree,
variant dark house,
variant crater,
dark dungeon,
Nightryum armor new biome blocks, stone night block and nightryum ore You will need a higher iron pick to get your ore or block,
If you are well equipped you can search the dark dungeons and cabins to get some good rewards, but it will not be easy!
To be able to make the swords you will have to make the elemental table since you can not do it on the crafting table.

Crafting
Already having the elemental table you will be able to make the swords, but you will not be able to evolve
Crafting
With this you can evolve the swords, but to evolve them you have to have the lv2 and 3 here a quick tutorial on how they evolve
Crafting
You have to have the item lv3 and the sword at level two to be able to have the third level
You have to have the item lv 2 and you have to have any sword to be able to reach level two
This addons adds a new mob which is the nether cow, when you kill one it will Vote a broken item notch apple, neterrick, diamond,
Water sword water breathing
The water sword At level one he makes a mini water defense at level two he makes a trap with magma and water and poisons all hostile mobs only (hostile) at level three makes a 10x10 area of ​​magma and poisons To all hostile mobs only (hostile) (deadly)
Fire sword fire resistance
The fire sword causes explosions of fire, On Level One it makes a 3x3 explosion the Second Level Makes an 8x8 Explosion (Deadly) At the third level it makes a 15x15 explosion (Deadly)
Lightning sword jump boos
lightning sword At level one it throws a 3x3 area of ​​pure lightning at level two it throws an 8x8 area of ​​pure lightning At level three it throws an 8x8 area of ​​pure lightning and causes explosions (deadly)
Night sword night vision
The night sword at level one makes only hostile mobs levitate to level two makes all mob levitate at level three poisons (deadly)
Luz sword (all previous enchantments)
Does all the specials of the other swords but combined (deadly)
Activate the experimental
Activate all the experimental options except game test and custom biomes and cliff caves, those are optional