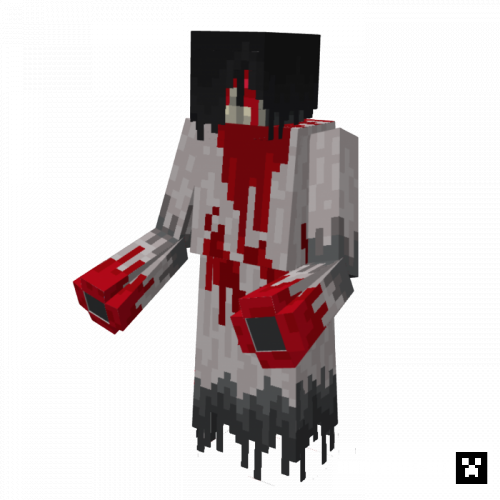 markus
09:27, 17 November 2021
141
0
Ghosts are spirits that wander in the middle of the night but are also present during the day. There are people who have met ghosts. It is said that the ghost looks red -eyed, has long nails, has a small, big, long and small body and also likes to make strange and creepy sounds. So, with the Asian Ghost Addon you can feel the experience of meeting ghosts.

TYPES OF GHOST
Pontianak/Kuntilanak
The Kuntilanak, also called Pontianak, is a mythological creature in Indonesia, Malaysia and Singapore. It is similar to Langsuir in other Southeast Asia regions. The Kuntilanak usually takes the form of a pregnant woman who is unable to give birth to a child.
Details:

Sundel Bolong
In Indonesian mythology, a sundel bolong, is a mythical ghost from the archipelago which is a woman with beautiful long black hair and a long white dress. The myth is closely linked to prostitutes, meaning a "prostitute with a hole in her", in reference to the large hole which is said to appear in her back.
Details:

Toyol/Tuyul
A toyol or tuyul is an undead infant in South East Asian folklore. It appears in the mythology of Indonesia, Malaysia, Philippines, Singapore, and Southern Thailand. It is invoked as a helper by shamans (dukun or bomoh) by the means of black magic.
Details:

Pocong
A pocong, also known as shroud ghost, is an Indonesian ghost that is said to be the soul of a dead person trapped in their shroud. Known in Indonesia as kain kafan, the shroud is the prescribed length of cloth used in Muslim burials to wrap the body of the dead person.
Details:

Penanggal/kuyang
The penanggal or penanggalan is a nocturnal vampiric entity from Malay ghost myths. Its name comes from the word tanggal meaning to remove or take off, because its form is that of a floating disembodied woman's head with its trailing organs still attached.
Details:

Hachishaku-sama
Eight Feet Tall (八尺様, Hachishaku-sama, also informally called Hasshakusama) is a type of Japanese spirit (Yokai) that takes the form of an impossibly tall female specter often said to have a deep, masculine voice in which she repeats the interjection "Po" [ぽ] repeatedly, and a habit of preying on children, usually ones who are nine to eleven years old.
Details:

Genderuwo
Genderuwo or Genderuwa is a mythical creature from Java, Indonesia. It is described as reddish or black skinned hairy humanoid with large and muscular body. Within Javanese mythology this creature is said to be supernatural in nature with the ability to disappear and appear at will or transform into human.
Details:

Okiku
According to modern Japanese folklore, in 1918, a teenager named Eikichi Suzuki purchased a large doll from Hokkaido for his younger sister, Okiku, who gave the doll her name. When Okiku died, her family came to believe that Okiku's spirit was inhabiting the doll and the hair on the doll was growing. The doll resides in Mannenji Temple in Hokkaido, where it is claimed that a priest regularly trims Okiku's still-growing hair.
Details:

Jiangshi
A jiangshi, also known as a Chinese hopping vampire, is a type of reanimated corpse in Chinese legends and folklore. The characters for "jiangshi" are read geung-si in Cantonese, cương thi in Vietnamese, and gangsi in Korean.
Details:

Preta
Preta, also known as hungry ghost, is the Sanskrit name for a type of supernatural being described in Hinduism, Buddhism, Taoism, and Chinese and Vietnamese folk religion as undergoing suffering greater than that of humans, particularly an extreme level of hunger and thirst.
Details:

*ALL GHOST CAN BE FOUND INSIDE JUNGLE, TAIGA AND FOREST*