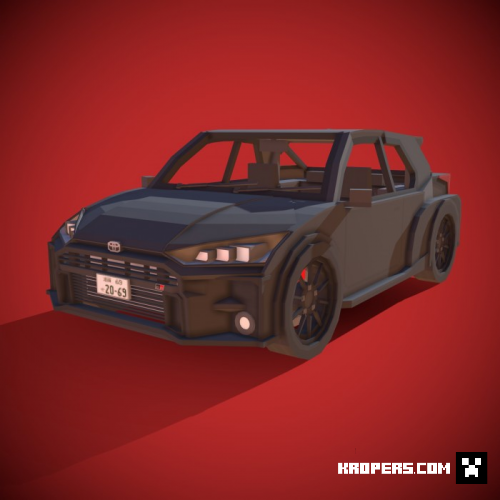 markus
23:02, 13 November 2021
209
0
Lets say you want a car that is powerful and capable of enduring the harsh conditions of rally events, whilst also being capable of getting you and your group of friends from point A to point B. Under normal circumstances, I’d suggest maybe a Lan Evo or an Impreza from the early 90’s, but due to their prices being inflated as we speak due to people on the Internet hyping them up, buying one would probably cause an average person to get into a crippling financial debt. An alternative? How about a car that has all the characteristics mentioned above but better and far more affordable? Introducing the GR Yaris, a hot-hatch produced by Toyota that turned your everyday grocery getter, the Yaris, into a WRC winning machine, the GR Yaris. Although at first glance it may look like your modern, everyday econobox, equipped with a turbocharged 1.6l 3-cylinder engine, underestimating it would make you look like an idiot. That 3-cylinder is capable of producing 268hp for god’s sake. And this thing’s fast too, capable of doing 0-100km/h in under 5.5 seconds and an unfortunately limited top speed of 230km/h. Some say if you tuned it to remove the limiter, you could raise that top speed to an astonishing 260km/h, that’s faster then a MK4 Supra. Fast? Yes. Economical? Yes. Reliable? Yes. Design? YES. In a nutshell, if you ever wanted a powerful rally car and a reliable car in one package and have a budget, the GR Yaris is for you.

"The Toyota GR Yaris (Japanese: トヨタ・GRヤリス, Toyota Jīāru Yarisu) is a performance-oriented variant of the XP210 series Yaris supermini/subcompact hatchback, in a segment commonly called the hot hatch. The vehicle is manufactured by Toyota with assistance from the company's Gazoo Racing (GR) division. The production car is powered by a Gazoo Racing-built, turbocharged and direct/port-injected 1.6-litre G16E-GTS three-cylinder engine [...]" - Wikipedia

I've made a video showing how it's done so if you don't understand words, you can check that video out. The car in the video used is my previous Datsun 240z addon which shouldn't be a problem as the concept (animations, door and hood mechanics and sound effects) are the same for this addon (GR Yaris).

Method 1: Get their spawn eggs from the Creative Inventory. They are classified as spawn eggs. You can search "Yaris" or “GR”  without the " for a more convenient way of getting them.