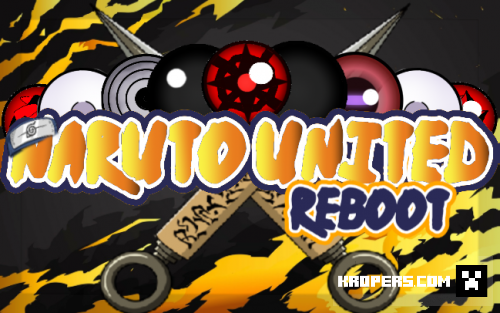 markus
19:54, 06 November 2021
177
0
This is a Naruto United game addon made by a brazilian fan for other fans to play. Use Kekkei Genkais, customize your characters with hair color, gender, fight ninjas and more...

• How to play?
- First of all, know that the addon is fully playable in survival mode and, for that, I'm going to introduce you to some game mechanics.

Let's introduce the new "Scoreboard" It will serve to show you some important points:

• VIDA : is your amount of heart-based health;
• NIVEL determines your level in the gym (jonin, chunin, anbu, etc...)
• CHAKRA is your Chakra the same as in the anime. To recharge your Chakra, hold SHIFT
• SPINS are points for getting genkais from the genkais menu(Buying Soon from the Shop.
• MONEY is something like a coin. You buy things with him in the store, to get him just defeat the npc with a mission in his head
-To activate the modes, just use them by holding the screen
• Game mechanics
~~ all crafts / recipes are already in the game ~~
• Menu / 3D Interface
- First of all you have to know that when you are born in the world you will be born with a 3D interface, to customize your character
- Chakra is the main item of this addon, as it is used for crafts in the modes: To get this, you'll have to kill ninjas that appear on the map.
- The only way to get Mangekyo is to defeat the uchihas, that is, "Killing". And, right then, kill him. In doing so, he will troop Uchiha Blood that is used to craft the curse of hate.
• Added some kekkei genkais
Sharingan :
Mangekyo Creator:
Mangekyo Ponteiro:
Mangekyo Himaru:
Mangekyo Nobrola:
Between others
Senju :
• Added Some Clothes
Akatsuki
Hogake
• Game screenshots :

-Don't forget to activate the three Experimental Gameplay options, it is very important.