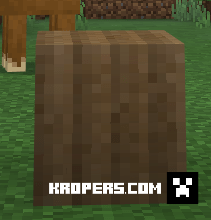 markus
11:50, 29 October 2021
70
0
Not Enough (Useless) Features is an addon that was made with the purpose of adding more features to minecraft vanilla to improve stuff like decoration and utility for people, allowing for better-looking builds

this addon adds new blocks with different functions like:


This block can be used in general for decorations, it has an 100% chance of catching fire and a 1% chance of burning completely, it can be used to build houses that look like they're made out of (wet) wood with a small chance of them burning down

this block is made out of gunpowder, it has an 100% probability of catching fire and burning, making it good for one time redstone machines

this block can be obtained by heating up a hot iron block on a furnace, this block, like the past one, deals damage when you step on top, dealing 2 1/2 hearts of damage, this block can take from 2-8 minutes to cool down onto a warm iron block

you can craft a normal sized box by using 2 slime, 2 paper and 4 cardboard sheets
you can get smaller boxes by using a stonecutter

-open the mcaddon file or go to /games/com mojang and leave the folders on behavior_packs and resource_packs, if they aren't there make them