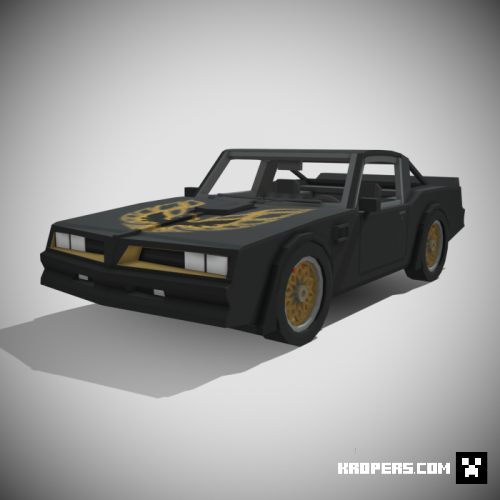 markus
19:40, 27 October 2021
77
0
Whether you recognize it from the American action-comedy movie franchise, Smokey and the Bandit, or if you simply love American muscle cars, the second gen, 1977 Firebird T/A is arguably the most iconic Firebird gen out there, and possibly one of the most iconic muscle cars to exist. While performance-wise it wasn’t all that great, being able to produce just about a rather depressing 200bhp from it’s gigantic 6.6l V8 engine, and a top speed of 195 km/h, it was as fast as a shitbox from the mid-80’s (which would be around a decade after it was created). Basically, it wasn’t all that great for an acclaimed muscle/sport car. BUT considering it was created during the Malaise era over in America where fuel was scarce, you’ve gotta appreciate the darn thing. It’s got the looks as well don’t get me wrong, just look at it. All you’ve gotta do now is do a good old LS swap or add turbos to it and you’ve got an American vintage muscle car that might be as good as the other modern day sports cars. Not to mention bragging rights for also owning a car that also looks a hundred times better than 90% of the cars (and sports cars) of today. Pog.

Has 1 variant, and a total of 5 colors.
Black
Blue
Red
Gold
White

I've made a video showing how it's done so if you don't understand words, you can check that video out. The car in the video used is my previous Datsun 240z addon which shouldn't be a problem as the concept (animations, door and hood mechanics and sound effects) are the same for this addon (‘77 Firebird).

Method 1: Get their spawn eggs from the Creative Inventory. They are classified as spawn eggs. You can search "Firebird"  without the " for a more convenient way of getting them.