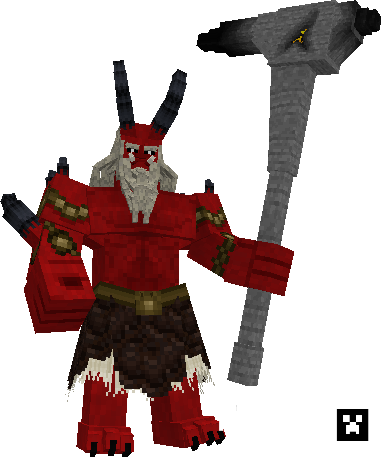 markus
15:36, 15 October 2021
94
0
Hello Traveler from the ends of the World Today we bring you an Addon that Collects Japanese Culture, in this you can find from the mythical Katanas to the Immense Onis so what are you waiting for, come and learn more about this

The Onii is a creature that harassed human travelers to the point of becoming a very aggressive beast but with the intelligence of a Sapiante human , This creature has 60 health and deals 14 Attack damage and is in the jungle

The Yuki-Ona is a Spirit of a woman which at nightfall attacks the travelers summoning a hundred butterflies which will attack the player,20 life, appears throughout the overworld but at night, it does not hurt summons butterflies that will attack you

The Inu or Shiba is a very faithful Dog since according to the old stories a Dog of this breed starred in one of the most moving stories in all of Japan this hound is tamed with bones just like a Wolf,20 life, appears in the whole world, it does not attack you you can tame it like a wolf and also sit

The kappa is a Yokai which lives in the swamps and tends to spy on human travelers. This creature can be tamed with and when it dies, drops its hat to be able to use it,40 health, spawn in swamps, deals 10 damage
And you can tame it with waterlily and even sit

These beautiful fish are found in rivers and have many variants

Relative crafting can be found in the crafting guide

They are found in mega mines and it works like any common and current ore, it is used for most things