Welcome to the world of pirates! While crossing massive oceans in your survival world, there is a chance of you encountering small or large pirate ships filled with pirates protecting their booty. You being the courageous player that you are decides to conquer the ship. These pirates are aggressive and will not allow you to take their loot that easily. This addon adds 2 variants of pirate ships with 4 different loot in each. The addon also adds 6 new weapons to the game along with 5 variants of pirates.

The 5 new pirates consist of the Captain, the Commander, the Swordsman, the Duelist, and the Gunner. 4 of the pirates attack with their cutlass and the gunner shoots bullets with a flintlock pistol. Each mob does their respected amount of damage and have different amounts of health depending on their rank. Captain has 60 health compared to the Swordsman with 30 health. 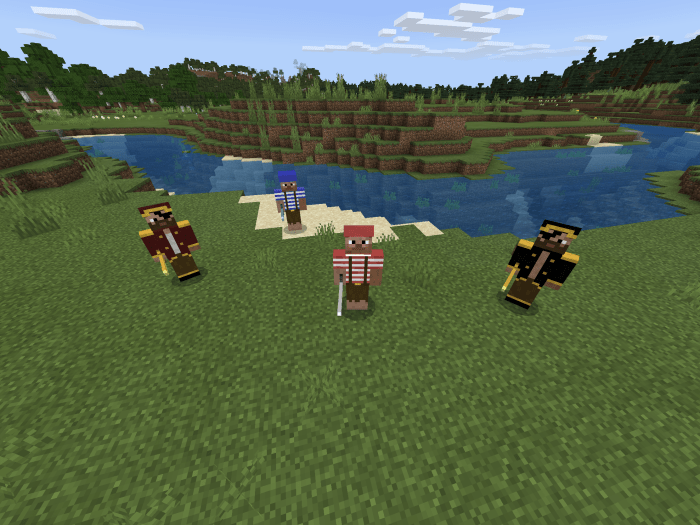 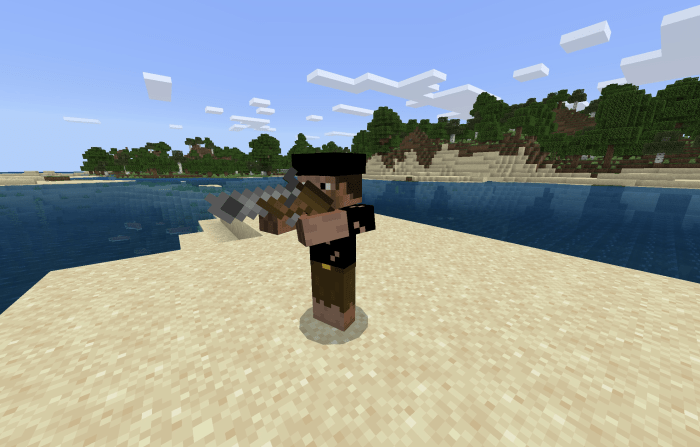 The 6 new weapons come in every material: Wood, Gold, Stone, Iron, Diamond, and Netherite. The Cutlasses are lighter swords that makes you run faster than normally with a regular sword. They also do more damage than their sword counterparts, however they can not be enchanted or repaired. All crafting recipe are shown below: 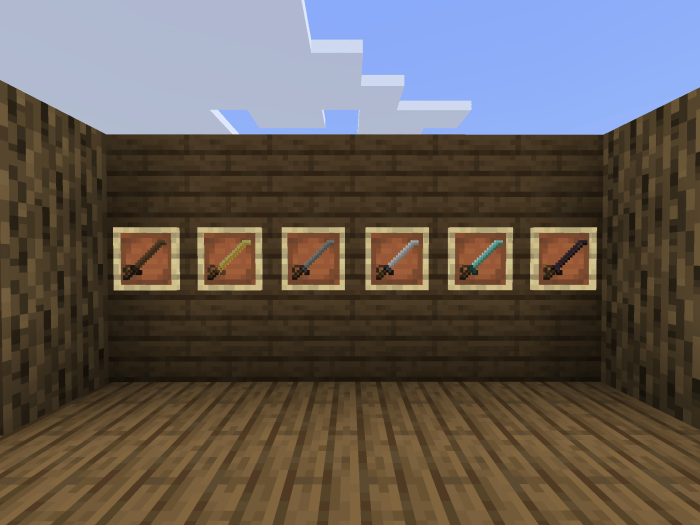 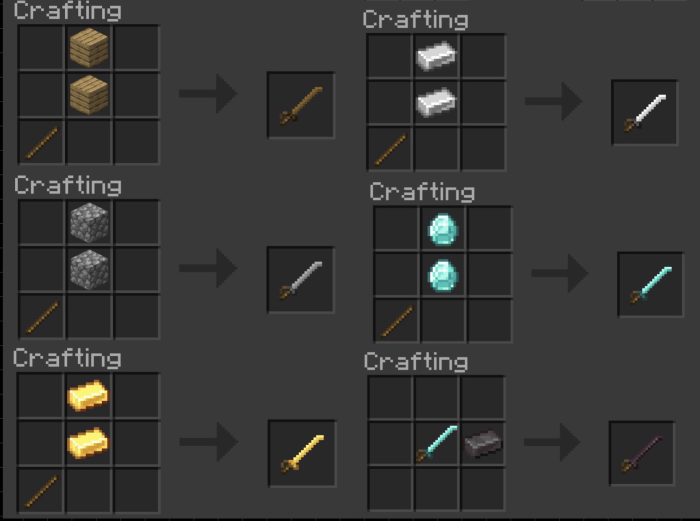 Smaller ships have less loot than the bigger ships and also have a black sail with a white skull. The larger ships contain more chests and pirates with a white sail. 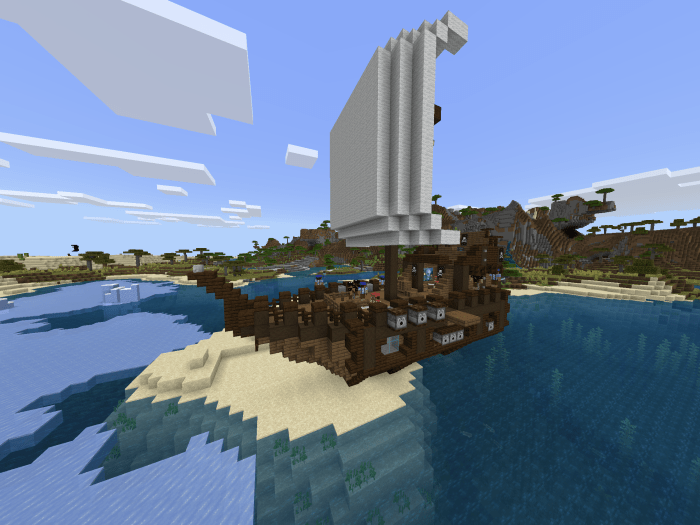 The newly added Flintlock Pistol can be obtained by killing the Pirate Gunner! The gun is very powerful and has infinite uses, but at the same time very inaccurate. 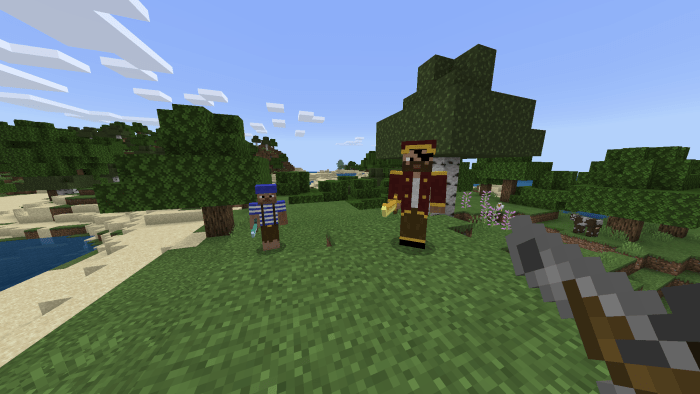 Please install both resource and behavior packs in order for the addon to function properly. Don't forget to enable experimental features too. Enjoy!