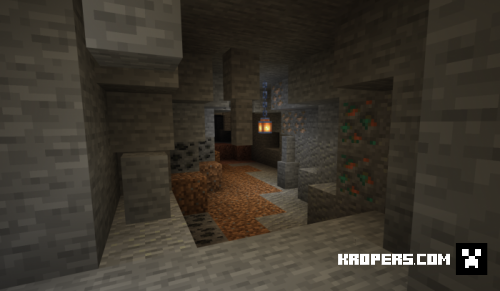 markus
13:52, 07 October 2021
85
0
Toast Engineering is a mix of multiple ideas I had. This add-on introduces a couple of things that play off of other add-ons! Firstly it adds stalactites which are its standalone addon and it adds electrical and engineering items for crafting! Highly Encourage to download with other addons, as then the engineering items have a use!

Stalactites! (Will be adjusted once v1.18 is officially out!)

Starting off with Stone Stalactites/Stalagmites

Adding 5 new plates, 2 wires, and 6 other ingredients mainly for other addons!

Important Recipies (Don't show up in the recipe book)

Plates & Wires (these show up in the recipe book)

Compress your Ores! Raw ores can be compressed (but not placed)

I've changed all of the machinery recipes except (chunk loader, mechanical furnace, and steam generator, won't change for some reason)
Tin and Silver ore will generate from sieves and other stuff if you are playing in any skyblock maps!

The reactor has not been touched so continue as normal! Some things are exponentially more expensive and some things I've toned down.

You will now need to upgrade your gears instead of separately crafting each tier!

Most recipes are changed to fit the engineering type of feel!

I've updated and fixed some of the non-working recipes.

I've also added the recipes to conveyors and related stuff!

MAKE SURE EXPERIMENTAL IS ON AS BELOW!