Kropers » Addons for Minecraft PE » Among Us Totems V1.0.1: The Airship & Submerged Update!

Among Us Totems V1.0.1: The Airship & Submerged Update! 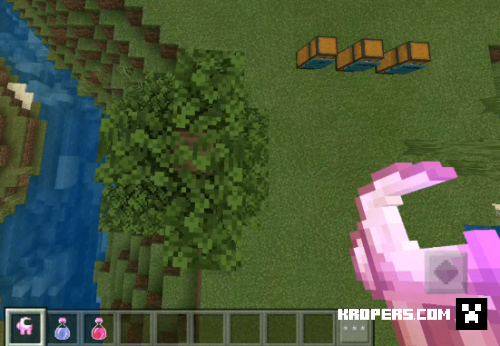 markus
11:20, 04 October 2021
178
0
Have you ever played Among Us before? If you have, then this addon is for you. It adds Crewmate and Impostor Totems into the game! So, don't be sus. Have a look at the Totems and find out what they do! (Suggest some more Among Us Totems in the comments. I'll add 2 more each update!)

We are going to look at the items first! These will help craft the Totems and determine if you are a Crewmate or an Impostor...
Among Us Totem - This Totem will help you craft all of the amazing Among Us Totems in the addon. You will need this for crafting every Totem! So, make sure you have a fair amount! This is crafted by putting a Totem into a Crafting Table.

Crewmate/Impostor Potions - These will determine which side you will go on. Will you be a task-loving Crewmate or a sneaky Impostor? These will help you to craft the first 2 Totems! These are crafted by putting an Among Us Totem, a Glass Bottle and a Diamond (Crewmate) or Redstone (Impostor) into a Crafting Table.

Among Us Supertotem - This is the most OP item in Minecraft if you put this addon in your world! When you eat it, you get all the effects in the game. The bad ones last for a short time and the good ones last for up to 2 minutes! You will need all of the Totems to craft this.