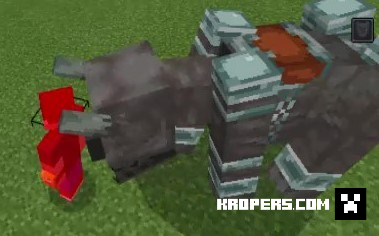 markus
13:03, 25 September 2021
76
0
This .mcaddon patches over 50 vanilla bugs, including entity behaviors, spawning/despawning, sound properties, and rendering offsets. It should be compatible with most texture packs because it does not replace any textures (except red stained glass). All of the patches are listed below with Mojang bug tracker references. Note that since the pack includes behavior changes it is not compatible with earning achievements.

Vanilla bugs patched by this add-on

"MCPE-XXXXXX" below are keys to bug reports on Mojang's public bug tracker. You can read more about each bug on the associated report.

Import the .mcaddon file, then enable the behavior pack on your world. It should add the resource pack automatically.
You can enable just the resource pack if you wish. Doing so will allow ghasts to hold their charges when out of shooting range without appearing to be charged and without making a warning sound when they re-target you. It will also make all zombie villagers look like farmers.