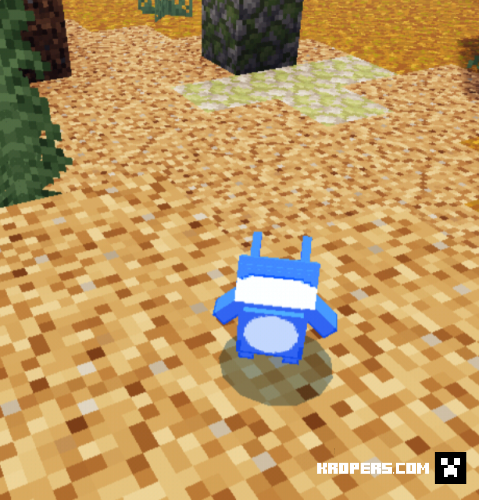 markus
20:00, 21 September 2021
108
0
This addon adds some bodies from a game called manyland, which allows you to make 2D, pixellated bodies of any shape, as long as it's 29x29 or below, although other creation types may have other rules. Also, what would be skins in Minecraft would be called bodies in Manyland.

This is my first addon... ever. Because of that, there will most likely be bugs in it. The mobs are supposed to defend you, but it seems like they sometimes don't. Like I said in the above paragraph, it adds random bodies from Manyland, as mobs, into Minecraft. It doesn't have many mobs now, but there'll be more added over time. None of the mobs have spawn rules, although their behavior is heavily based on that of vanilla's wolves. All mobs have 100 health, more due to players in Manyland having 100 health. Their damage is not so overpowered, however. They can all be healed with the same items as wolves.

Now, for the mob descriptions.

This was the first mob that I made for this addon. This small creature is tamed with salmon.
Small Dragon (red) [manyland:smalldragonred]
This one is in most ways the same as the blue one, just a different look.
Small Missingno [manyland:smolmssno]
This one is tamed with redstone, due to it being, well, a glitch.
Gyo [manyland:gyo]
Being based on a missingno, this one is also tamed with redstone.
Not Gyaoon [manyland:notgyaoon]
This one's a big mob. The two dragons and this were the mobs where I didn't have a good sense of scale when modelling, and while the dragons were accidentally made too small, this one was made too big... how big was the warden again? this one's tamed with redstone.
Also, you may wonder what gyaoon is. It's actually a scrapped pokemon. I may make Is as another mob in this addon, and may be the only part I would be willing to allow other addon creators to use what I made for it.