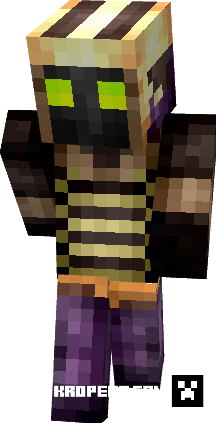 markus
17:58, 19 September 2021
126
0
This addon adds Gods and is an extension to The Hardest Addon, both of these addons have been developed by me(Asteri) and Astro. This addons work still without the other addon but it takes away the fun of it

This addon adds 4 gods and an armor set
Hades
Hades has a lot hp but he summons troops to go after you(wither skeletons) and he drops a helmet that makes you invisible and gives you a high amount of defense
Zeus
Zeus has a lot of hp but not as much as Hades and zeus doesn't summon any troops and is considered the easiest, he drops a thunder staff that lets you summon lightning
Poseidon
Poseidon is the second easiest due to it's low HP and an attack that can be easily cheesed, he summons guardians to protect him every now and then, he drops his trident which makes it rainy but the trident effects you with conduit power and with strength
Ares
Ares is the hardest single handedly due to it summoning blazes and his incredible movement speed, but he has one of the best drops, it's really powerful when matched with the trident and you can easily kill any god with his weapon, which is a fire blade that effects itself with sharpness 5 and fire aspect 2 and summons a snow golem to help you
here are some images of the player holding the weapons
Wearing hades helmet:
Along with this we added an armor set that is meant to be better than netherite and built to take down the gods
they all have high defense and have a sword to help you with
Gods in glass cage: