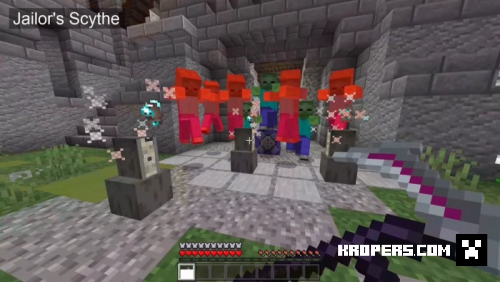 This addon does not use player.json, so it’s compatible with most other addons.
All recipes are temporary and may be changed in future update.
My ultimate goal is to bring all the weapons from Minecraft Dungeons into this addon, it might take me a year to complete, but worth it.
Also, I will update Weapons from Dungeons once a month as much as possible, and next update will bring Whisper Spear, Frost Scythe, Fighter’s Bindings, and maybe more.