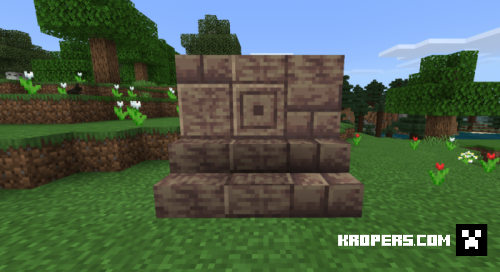 markus
19:00, 08 September 2021
142
0
Have you ever think why there isn't dripstone stairs or slabs? What about thinking why Minecraft won't add more dripstone variants? And thinking that dripstone is useless? Well if so, this is the addon for you! This addon added 3 new variants of dripstone and its slab and stairs type!

The addon only supports version 1.17.10 or higher.
Turn on the following experimental gameplay for this addon to work.