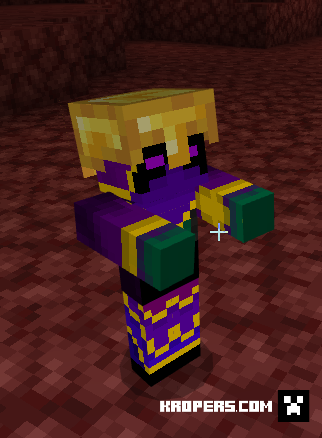 markus
17:43, 28 August 2021
121
0
Better Zombies is an addon that improves the regular Minecraft zombies, adding more variants that will make Minecraft a little more difficult. the key to beating them is to know their abilities

all these new zombies will appear in a variety of biomes, and dimensions, and for figth them you will know their habitats and abilityes.
ender zombie:
its the only zombie that fear the player and flee them, and serves as the eyes of the king:
glaciar zombie: is a pale zombie that spawn in the biomes that have enought snow, if he hit you, you will recive the effect of slowness:
fungical zombie:
is a high spawn rate zombie, that appear in all the biomes that contain shrooms, they don´t have a special hability, but can spawn lots of spore zombies. spore zombie: is a weak but high numerous zombie that serves as servants for the fungical zombies:
jungle zombie: is a zombie that appear in the jungle and are inmune to the fire and the sun, because they are covered in leafs:
fire zombie: this is a zombie with the hability of resist fire and swim in lava, but it dangerous qualities manifest when is hit by a lightning:
boosted zombie: is a extremely dangerous zombie, tath will figth without fear, and if you try to ran away it will lauch fire balls to you.
nigromant: it´s a dangerous zombie that will raid the villages, it have the capacity to summon zombies, in a great number. so try to figth them first!
king zombie: the new boss that will appear ramdomly in the world and can summon boosted zombies directly! and won´t let tha figth easy for the player.