markus
14:29, 26 August 2021
76
0
This Add On is for people who want their world/server to be much, much safer! The addon is very easy to setup, and implements automatic detection if players who are not staff are in creative and doing other bad tasks!

The Anti Hack Add On adds four tags that Staff or anyone with OP can use! Before you can use the tags, of course, you must setup the addon! Simply do /function start in the spot you want the system to be placed! IMPORTANT!! Before doing this function, add ANYONE who is staff or are allowed to go in creative into the tag: Staff. Anyone who has the tag Staff will not be affected by the Anti Hack detection system. After you do that, you may safely start the system.


Here are the four tags:
Type /tag *PLAYER* add *TAG NAME*
Anyone with the Staff tag will be exempt from the detection system. Do this to players who are staff, or players who can go in creative!
The Ban tag will clear, effect clear, put in adventure, and kick that player who is tagged! Be careful when tagging someone into Ban. If you have falsely banned someone, simply turn off all commands with /gamerule commandblocksenabled false and let them in, then untag them, or deactivate the command that is under the bedrock box that is spawned after typing the function!
NOTE: Banning will NOT kick the host! 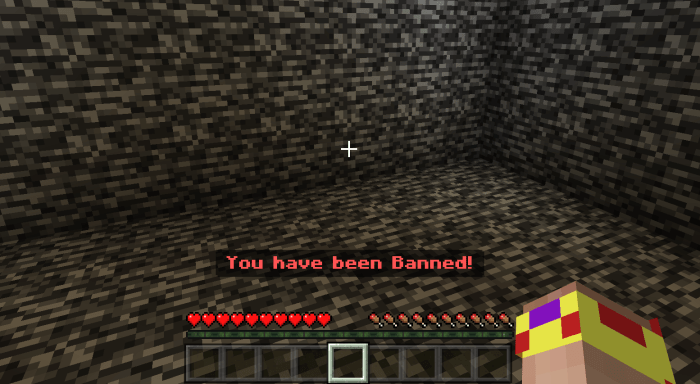 The Jail tag will teleport that player into the Jail box, which is the bedrock structure that spawns when you type the function. Players who are Jailed are constantly cleared, effect cleared, and put in adventure. They will remain in the Jail until they are given the Release tag
The Release tag will kill the player who is Jailed, and teleport them to their last spawnpoint. Do this when a player has served their time and can exit Jail! 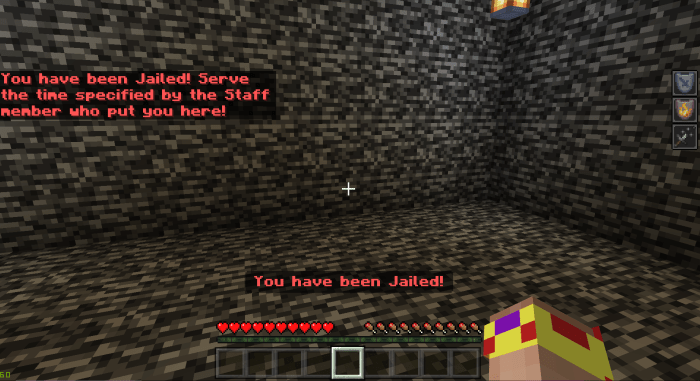 You also may make tokens using items for people who are Staff, but may not be OP! Rename any item to either "Ban" or "Jail" using an anvil, and you're done! Drop that item on the player who you want to Ban/Jail, and the tag will be applied to them. Make sure you are in creative when dropping the token, or it may apply to you!! 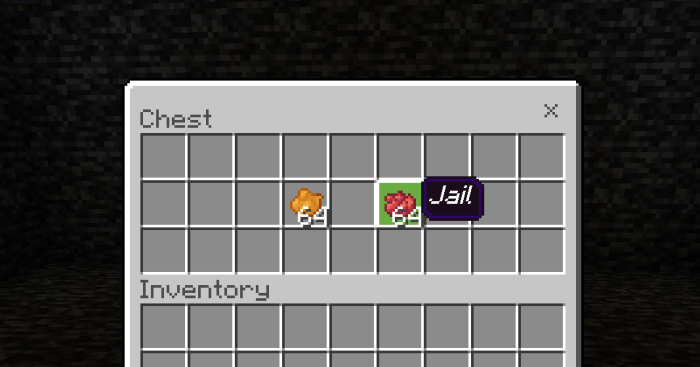 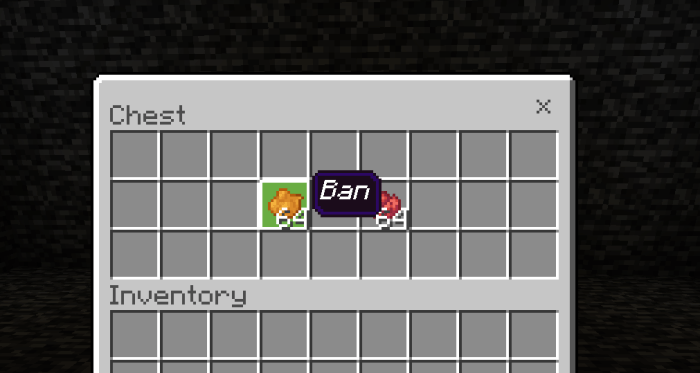 Removed some unnecessary dependencies, and updated the website link, as well as added a direct file download.