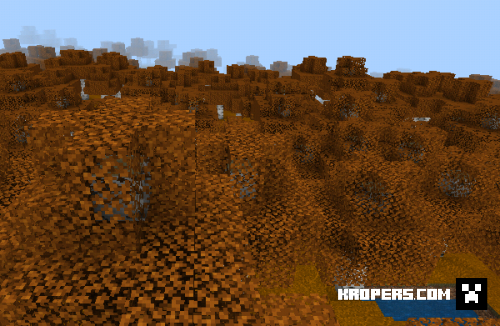 markus
18:28, 24 August 2021
46
0
Hi, this is my first addon, I don't know if it's ok, I made it a long time ago, but I just had the courage to post it now.Well I don't know how to speak much less write in English so in case there's something written wrong forgive me.

First I did the setting leaving the leaves and grass orange, as shown in the image.
GRAPE:
Grapes spawn normally they recover 2 hunger.
QUIVER EMPY AND FULL:
Still no function, but who knows in the future... It can be done as shown in the image:
FLOWERS CROWN:
I thought the addon was half empty so I added this.
HUNTER:
Unfortunately I don't have an image of the hunter but you can download the addon and see for yourself, but there's a big spawn error that I can't solve but sometime I'll do it.
That's the end, in the future to add animals but now I'm out of time so by September I can release an update, Thanks for downloading.

If mcaddon doesn't work, do it manually using zip.