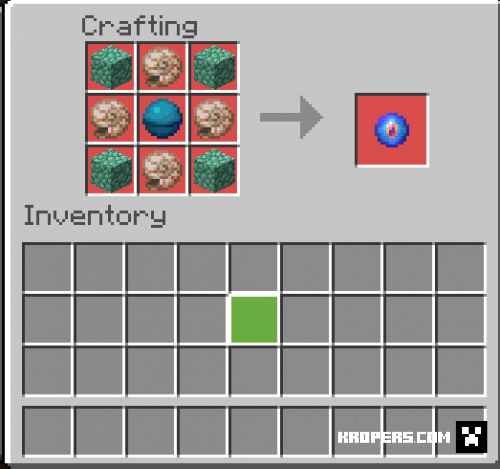 markus
21:27, 18 August 2021
91
0
This expansion will change the lives of adventurers and PVP players, just by using this item you can become stronger. Portable Effect is an extension of the game making it easier to play. Those are the cores that give effect to us, making us stronger from the effect we get according to each core we create. The details are as follows.

-Conduit Power Core
-Fire Resistance Core
-Haste Core
-Invisibility Core
-Jump Boost Core
-Night Vision Core
-Regeneration Core
-Resistance Core
-Saturation Core
-Slow Falling Core
-Speed ​​Core
-Strength Core
-Unical Core (no effect)  This item is the component before going to the final step.
-Cosniverse Core This is the final step of core.
You can be equipped in the Player's Left Hand, facilitating his travels.
in the Creative tab all core will appear in the equipment category.
Once equipped it will give you the benefits from one of the effects.
You can use it for PVP with your friends.
(RTX)

Code by AilyCh
Resourcepack by MinaseYu
This addon was made just to bring a new Gameplay in the Game, wanting to expand more and more the Fantasy items, to make the game not too boring