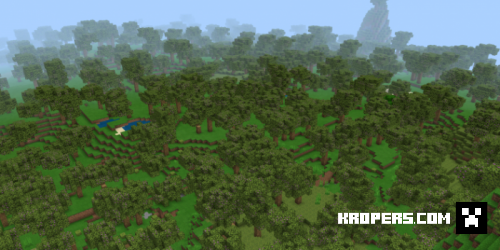 markus
12:26, 07 August 2021
194
0
Do you love Azalea Trees and Lush Caves, but Mojang didn't make them generate naturally on 1.17? Say no more! Now Azalea has a custom biomes where it would generate while maintaining Vanilla style!

The Azalea Biomes consists of 3 types,
- Azalea Forest
It's like a regular vanilla forest, but there are only Azalea trees and Azalea bushes. Many patches of moss and vines are also generated here.

-Azalea Forest Mountains
This biome is very extreme, lots of steep slopes and small caverns. But the view of the Azalea Forest from up here is very beautiful.


MAKE SURE TO ENABLE EXPERIMENTAL GAMEPLAY!
IF YOU STILL HAVE THE V1.0, PLEASE DELETE IT BEFORE IMPORTING THE NEW ONE

Pictures taken from the Forest Glade on default seed selector, there's one nearby.

Only works on 1.17, with Experimental turned on.