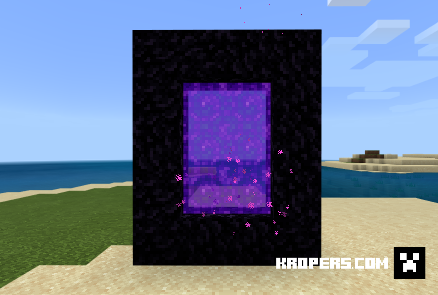 markus
08:49, 07 August 2021
59
0
Ethercraft v2 This addon creates an exclusive dimension for bedrock inspired by aethercraft but this one includes exclusive stuff
Ethercraft was a quiet celestial diemcion until an unknown civilization that corrupted the ether and that is why the god of this diemsion became demonic creating the bossether and they managed to contain the bossether block in a block in a temple full of traps and civilization. it just disappeared

How does it work?

Easy go to the nether and look for some glowstone

How to craft a portal:

-Enter ONLY! to the portal
-don't go out
- have the milk
-for when the milk is drunk it will mean that the ether has loaded and the lag is gone
-I empty the inventory so as not to lose anything only this first time
eye closes everything until after you check that the ether is fully charged
-Get out of miencraft and if it just came out due to the Lag, do the same in the next step

How to keep what you do and avoid lag:

Look for the folder games / com.mojang / minecraftworlds / (look for your world, identify it by modification date or by the save and exit photo) / behavior / ethercraftvbehaviorv2 / structures

Remove the structures except

a peaceful mob that you can ride with an ether chair that you can craft.
and it is an excellent source of food with them (there are already many pigs in minecraft).

Peaceful I would not consider them to be the worst beasts you can find after the flames.
when dying loose a leg of dharkmoa.

completely peaceful mind although sometimes they will rarely have habre and their favorite food is rabbits specifically hornabbit.

Tenderly wicked they will not last in pushing you with their goat horns these cute bunnies are also tougher and stronger than a normal rabbit.

you can raise them with ether roses.

Did you know that apart from being afraid of the wairle they are also afraid of common rabbits, they believe them phenomenal rabbits without horns that is not natural, say the hornabbit.

Retextured
they have four variants:
-yellow

-red (the rarest to find)

spawning on the ether beaches:

They are neutral creatures if you attack them their pack will not like it.

They are excellent amphibian pets, that is, you can swim with them without any problem.

you can tame them with raw legs by dharkmoa:

Although the favorite food of the reptilethers is the dharkmoa they know that a fight they have to lose so they will not attack them since a creature with an air attack would easily beat these creatures that crawl on the ground.
Can only move and reproduce in water

They are aerial or German octopuses, they say they do not like their appearance because they do
You can extract them jam with a glass bottle, just press extract or simply if you are on PC, right click

I don't know why but does that name remind me of a cereal?
Flying cows or cowflys are fat cows that act like a normal cow but with wings, as I said, their weight is a lot that with their wings they are only capable of raising a block or two, get him some celstial milk with your bucket, I clarify that it is the same or it's literally normal milk
Model and textured by @meckabone

creeper what is that; I am a better variant, at least I do not make myself explode no no I use the powder of my body to spit poison.
If you break my flower and I am close I will die I will get angry if you push me out of my flower.

you can craft your own friendly wardgma

with the burning fragments right click or a simple tap on android to light up your life
He will need his weapon give him one of the spears that release their evil versions and voila, you have tamed him, he will follow you but you will not be able to seat a golem, he is not given orders but he will protect you for his whole life
modeling and texturing @Luz10noch0_The_Enderm4n

Distant cousins ​​of skeletons if normal ones are fastidious iamginate ones with wings and helmet
run steve run !!
Although they have a sword, they shoot arrows into the distance and they will hit you with it when you approach them.

ghots or gether that is the question was created so that scary
It's not scary? Well, if I tell you that it does 1000 damage and if you see it, it gets angry and kills you, it does not need a scare on the screen to scare you, it will destroy your armor in one hit
Would it be great to put one of these ghosts in your friend's house to annoy him? You can extract its essence with the extractor gun, its recipe is on the crafting table, just approach the feet or well where they should go and right click and voila, it will give you its essence in 50% of what it will give you with 4 you will craft the gether bomb that invokes it

There is not much to say about him. He's a cube. He's a boss.

retexturized
a corrugated cube is a killer boss deadly blade teeth quite a nice boss.

retexturized
something happened to the innocent cube bloodlust is the only thing it has to destroy you will be its way and it will not stop until it kills you
will drop an ether portal but not craftable gold excellent prize:
currently it is not only a trophy with which you can expand create the exit portal

all bosses are frozen just break their block and summon it

So many new blocks, uff, I wouldn't have time to mention them all, I'll just tell you that their crafts are common:
from wood:

until decoration:
all blocks excluding wood are made on the new ether table including items

solid cloud block for mobs for player not so much

since the update it is no longer necessary to show you the crafting of the items.
But I will tell you that the ether peak is the only one that is capable of breaking ether blocks fast:

Activate experimental mode
Download the Resource and the Behavior is not just one, I've never been one
install both packs in your world
-Enter ONLY! to the portal
-don't go out
- have the milk
-for when the milk is drunk it will mean that the ether has loaded and the lag is gone
-I empty the inventory so as not to lose anything only this first time
eye closes everything until after you check that the ether is fully charged
-Get out of miencraft and if it just came out due to the Lag, do the same in the next step

How to keep what you do and avoid lag:

Look for the folder games / com.mojang / minecraftworlds / (look for your world, identify it by modification date or by the save and exit photo) / behavior / ethercraftvbehaviorv2 / structures

Remove the structures except