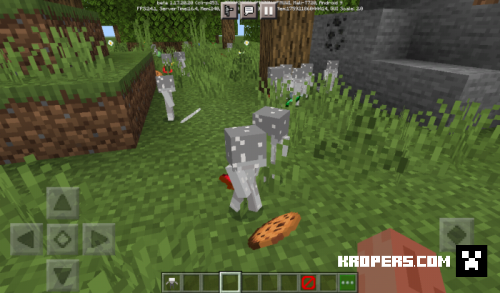 They look like this, the color of clay, also, they can have objects in their hand, they look ugly, but they serve too much. You rarely get a soldier with an ender's eye, a totem or an emerald.
is pretty cursed, i think.

Clay obviously, there is a probability that the object you have in your hand will give it to you, but do not kill them for their clay, kill those who have emeralds,As of Version 1.1 (Carrying Weapons and Objects Upgrade) it is much more difficult and rare for the clay soldier to give the object of his hand

They attack hostile mobs,in addition to that,they attack cats,pigs,llamas,sheep,salmon,and silver fish,consider them a pest!,I forget something, and that is that the only mobs, which a clay soldier does not attack, are the ghast, wither and the dragon of the end

Like no?,if you can trade with them, they don't ask you for emeralds, they have too many exchanges,so trade!

what biome they spawn?

They spawn in any biome,sadly they do not appear the nether or the end,I recommend that you go to a village, there you find clay soldiers easily, if you want a cheaper option than the joke I told you, go to a desert, I assure you that you will see many of them!
You reached the end of here, now download the addon and enjoy it