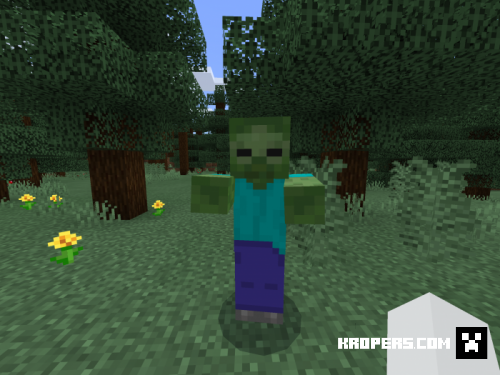 markus
14:19, 28 July 2021
109
0
Well this guy named well I don’t know his name said dude your addon is not impossible enough. I mean he was all like nothing and nothing is impossible! So invisible mobs is not good enough that do double damage and bad effects. So I improvised and Made it well a lot harder! Like all the mobs I added kill you in one hit always and they move well a lot faster then you!

Hah. You think you're good at Minecraft? Well, beat this and prove it because this addon brings IMPOSSIBLY challenging things into your world! Here is a sneak peak in what you will be facing! Most mobs are invincible, most mobs do double damage, most mobs no longer burn in daylight, most mobs do bad effect to you! Also, cows, sheep, pigs and chickens no longer spawn.


Wow you used to be able to run from these guys no longer and you will almost definitely die in one shot.
Health/ 100000
damage/ 100000
effect/ slowness
behavior/ These guys move faster to catch up and shoot you sky high and gives you slowness to make sure he finishes the job!
DROWNED


What is that thing in the water! Oh just a invincible op drowned! There is no way you can beat him saying you can not kill him.
Health/ 1000000
damage/ 100000
effect/ weakness
PHANTOM

These guys are the most hated mincraft mob so I thought why not Make them 100x more annoying!
Health/ 100000
damage/ 100000
effect/ fatal poison
BLAZE

Don’t worry these guys are not invincible but that does not mean they are easy to kill! Blaze are hard to kill with there flying abilities well double there health please.
Health/ 80
damage/100000
effect/ blindness
ENDERMEN

These guys are more vicious then ever not impossible to kill but very close to. Do not even try to kill this thing without full diamond!
Health/ 80
damage/ 100000
effect/ wither
behavior/ they attempt to run away from you and if you get in a 10 block radius of them well they will kill you, that’s right they don’t care if you don’t look in his eyes.


picture of zombie no longer burning at daytime


picture of zombies adding bad effect on contact
zombie Doing 2 hearts of damage with almost full netherite!
Strength 10 would give you 20 extra damage points so with a iron sword it would do 27 so 1 hit zombie is dead. This is me hitting a zombie multiple times with strength 10!