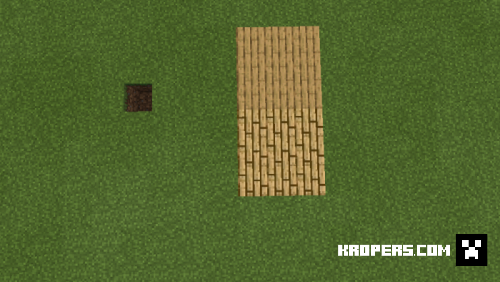 markus
12:47, 26 July 2021
109
0
Have you ever stopped and thought, "This block should be better", here's what you wanted, this addon adds several remastered blocks without replacing the old ones (this is a beta version, blocks can undergo texture changes).

Now you will have several new blocks without losing the old ones if I liked them too, below I will show the blocks that were added:
(for now, items can only be obtained by craft or commands)
The wood has several varieties and will always be made with the same craft:
the new brick now has a darker shade:
this green concrete is kind of weird isn't it ?:
Now we have the smooth polished blocks, they were polished 3 more times, I think:
(the 3 have the same craft)
two new blocks have also been added so far. Neon blocks are green and purple in color and shine at night:
(the 2 have the same craft)
We also have dark blue blocks: