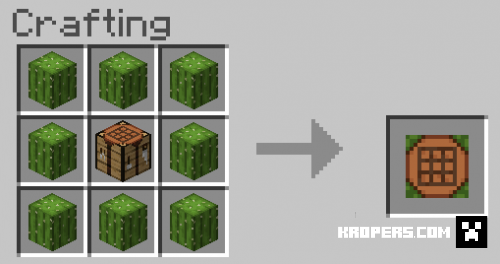 markus
20:53, 19 July 2021
85
0
This add-on adds 6 new magic cactus to the game, each has their own seed, fruit and wand. Magic wands and fruits from the cactus, when used will give effects such as levitation and fire protection.

Seeds can also be made from their pear type in the Stonecutter.
Cactus
Cactus, Cactus Should grow to full Size after a few minutes and drop 1-2 Pears and 1-2 Seeds of their type. Certain cactus can only grow on certain blocks, It goes as follows:
Pears
Pears, each gives 1 hunger point, poison 2 for a second and a positive effect that lasts for 15 seconds, some give negative affects as well. Effects:
Compacted Pears
Compacted Pears are the same as pears but have 60 Seconds of Positive effect and give 4 Hunger Points.
Compacted Pears, they are crafted with 4 Pears of their type.

Wands
Wands Have 13 durability, 25 second cool down and they all give 25 seconds of effects. Effects:

The crafting of the 5 Mystic Wands requires the Wand of their type and 8 pears of that type.

Download then open the files, they will then open up into Minecraft. Make sure these are checked on like this otherwise it will not work.